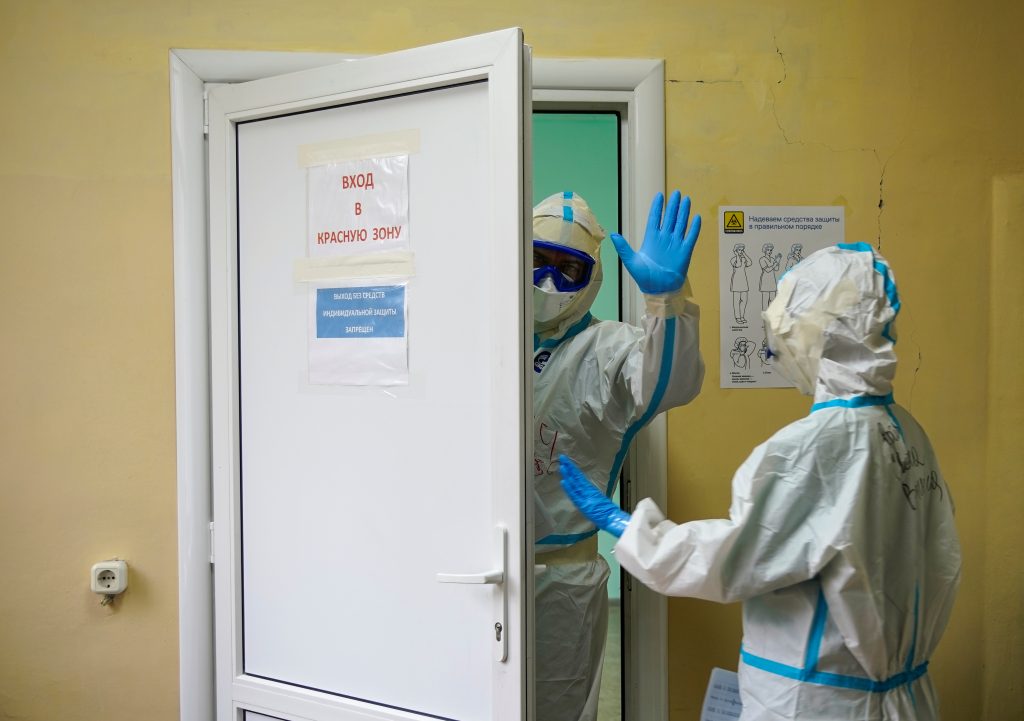 Russia reported a record high of 21,798 new coronavirus infections on Monday as the authorities called for stricter measures to contain the virus in certain regions.

“It is necessary to strengthen restrictions and control over their implementation in the regions where the daily case load and the infection is spreading at rates significantly higher than the average Russian levels,” Anna Popova, head of Russia’s consumer health watchdog, told Prime Minister Mikhail Mishustin at a meeting with government officials.

She said the regions where restrictions should be increased include the Far Eastern Magadan and Sakhalin regions, as well as the Arkhangelsk and Ulyanovsk regions, among others.

She added that in some regions – including the Kabardino-Balkaria and Karachay-Cherkessia regions in the North Caucasus, and the Penza region – more than half of the population did not wear masks on public transport and at shopping malls.

In recent months Russian authorities have said harsh restrictions are not needed and have stressed the importance of hygiene and safety precautions.

President Vladimir Putin has said that Russia does not plan to impose blanket restrictions or a national lockdown to curb the surge in coronavirus cases after having done so earlier in the pandemic. He said Russia would instead impose targeted measures if needed.

Russia has relaxed many of the restrictions it imposed in the first wave of the pandemic. Authorities have ordered people to wear masks and sometimes gloves in stores and other public places, but these rules are not followed systematically.

With 1,796,132 infections since the start of the pandemic, Russia has the world’s fourth-largest number of cases after the United States, India and Brazil.