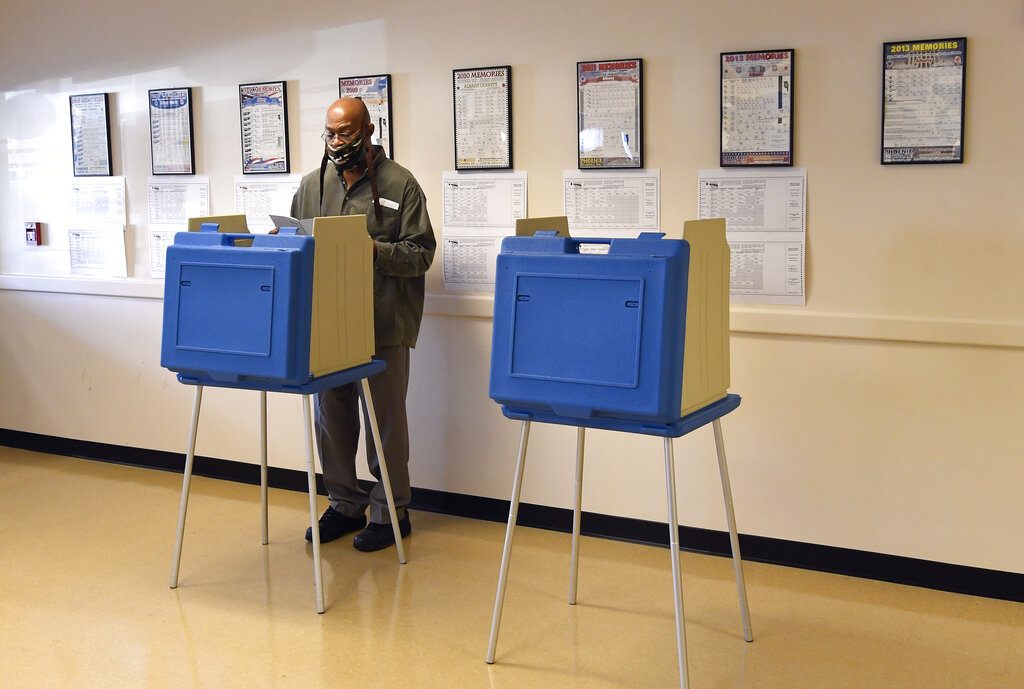 Counties across New York began to count more than 1.5 million absentee ballots Monday, a last push that will determine the outcome of several races that remain undecided nearly a week after Election Day.

Unlike many states, New York didn’t allow the process of counting those absentee ballots to begin before Friday.
The mail-in vote has the potential to swing some races substantially, in the same pattern that happened in some states during the presidential race.

It’s unclear whether that advantage will be enough to overcome substantial leads that some Republicans held over incumbent Democrats in some of the state’s closely watched congressional races.

In New York City, U.S. Rep. Max Rose, a Democrat, was trailing challenger Republican Nicole Malliotakis, a state Assembly member, by more than 37,000 votes in their district on Staten Island and part of Brooklyn.

And on Long Island, U.S. Rep. Tom Suozzi, a Democrat, is in a tight race to defend his seat against first-time Republican candidate George Santos.

The counties have until Nov. 28 to report results to the state.

Absentee ballots are also expected to play a role in determining the size of the Democrats’ advantage in New York’s Legislature.

Democrats, who control the state Senate 40-23 and the Assembly with over two-thirds control, had hoped to flip enough seats to gain a super majority in the state Legislature.

But unofficial in-person results so far have showed the state’s diminished Republican party still has support in long-time strongholds in suburban and rural districts.

Republicans hoping to unseat several Democratic senators ran ads blasting their support for a law that eliminated cash bail for 90% of arrests. Supporters have praised the law as reducing the number of people jailed while awaiting trial because they can’t afford bail.