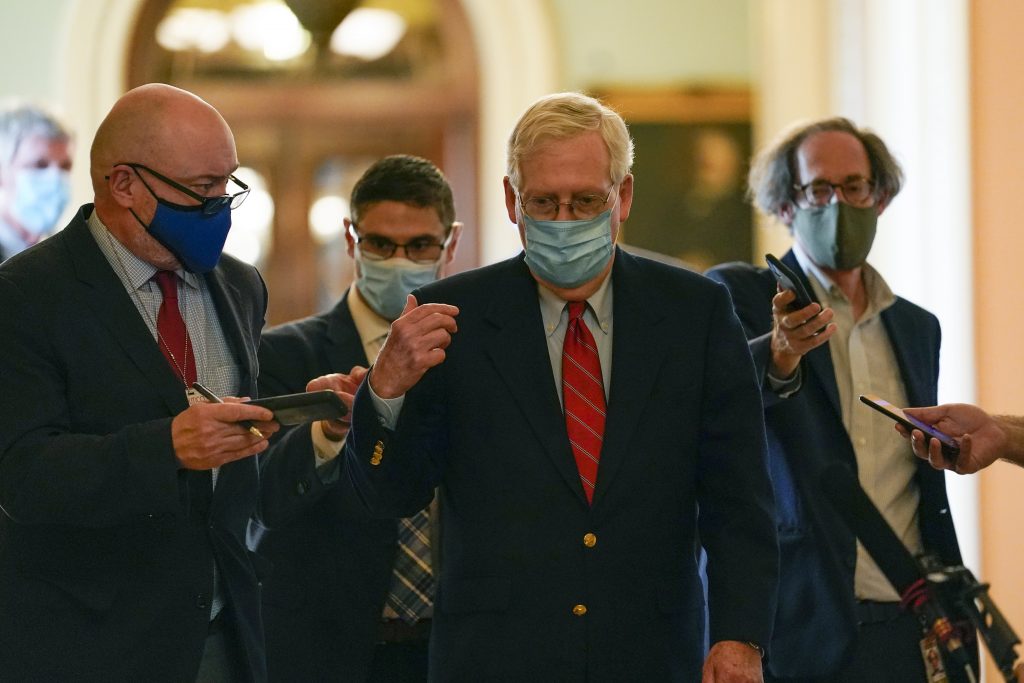 The Republican leader’s remarks, his first public comments since Biden was declared the winner of the presidential election, come as Trump’s allies on Capitol Hill have been reluctant to congratulate Biden or push the president to accept the outcome.

McConnell said the process will play out and “reach its conclusion.”

Trump has declined to concede the presidential race and is mounting legal fights.

“Our institutions are actually built for this,” McConnell said as he opened the Senate. “We have the system in place to consider concerns and President Trump is 100% within his rights to look into allegations of irregularities and weigh his legal options.”

Senate Democratic leader Chuck Schumer said the Republicans’ refusal to stand by the election results is “extremely dangerous, extremely poisonous to our democracy.”

Schumer said election lawsuits can be valid but they must be based in evidence and facts.