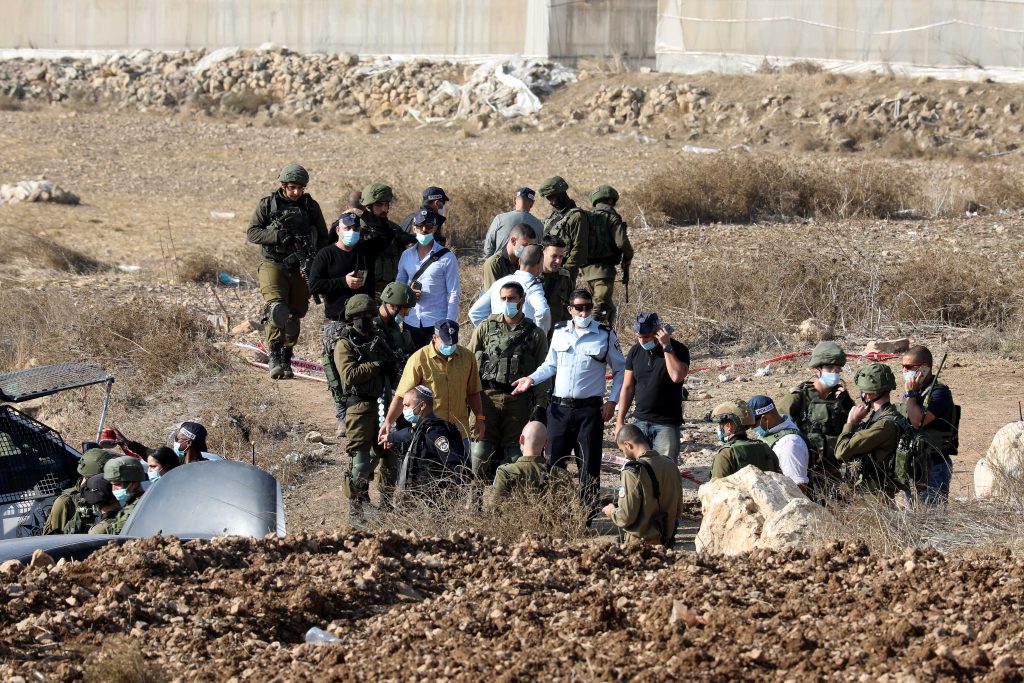 An attempted stabbing attack was thwarted Sunday near the Arab town of Fawwar, southwest of Chevron.

No injuries were reported, b’chasdei Shamayim, and the suspected terrorist was shot and wounded by troops.

The terrorist was a 41-year-old resident of the city of Dura, who said he had hoped to die while launching the attack. He was taken to the Soroka Medical Center in Be’er Sheva for treatment.
A video of the incident showed three soldiers around the wannabe stabber, who refused their orders to stand down, after which they shot him in his leg.

Senior military officials have warned that November could pose as a potentially volatile period in the region because this week marks the anniversaries of the death of Baha Abu al-Ata, the leader of Palestinian Islamic Jihad in the Gaza Strip, who was killed in an IDF airstrike in 2019, and the passing of former Palestinian leader Yassir Arafat in 2004.

Last week a Palestinian fired towards IDF soldiers in Shechem. No injuries among troops were reported in that incident and the suspected terrorist was killed.

At the end of last month soldiers belonging to the Givati Brigade injured three Palestinians who hurled firebombs at the force near Jenin. One of the terrorists was the son of Zakaria Zubeidi, the former leader of the Al-Aqsa Martyrs’ Brigades in the Jenin refugee camp, who is imprisoned in Israel for attacks against Israeli soldiers and civilians.