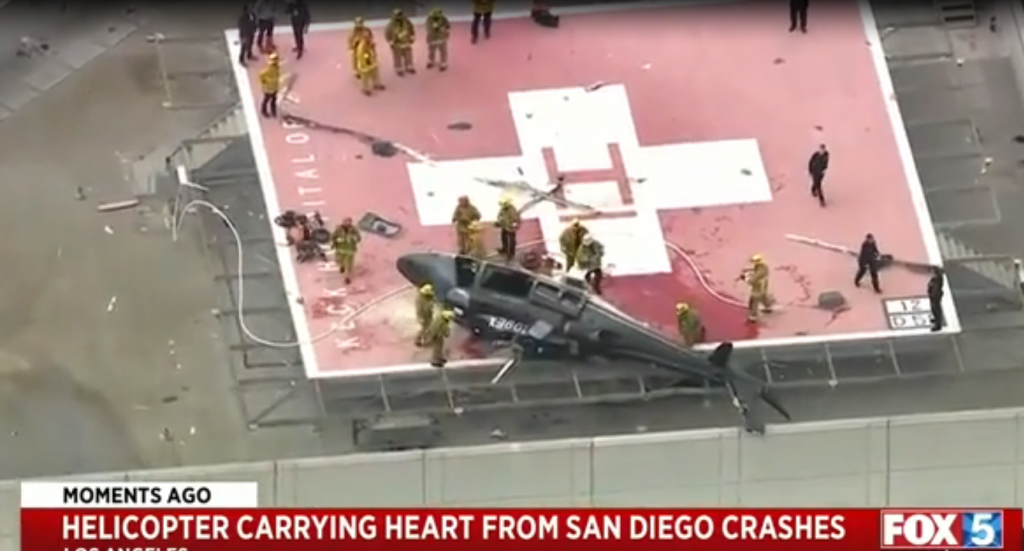 A helicopter delivering a donated human heart to a hospital in East Los Angeles crashed on the roof Friday, but the three people aboard escaped without serious injuries and the heart was undamaged, according to reports by Fox 5 San Diego and the Los Angeles Fire Department Twitter.

The private air ambulance had taken off from Gillespie Field in El Cajon in San Diego County, with a heart from Sharp Grossmont Hospital in La Mesa, to be implanted in a patient at Keck Hospital of the University of Southern California in Boyle Heights.

There was no fire and no significant fuel leak; the pilot suffered minor injuries, while the other two people aboard were not injured at all.