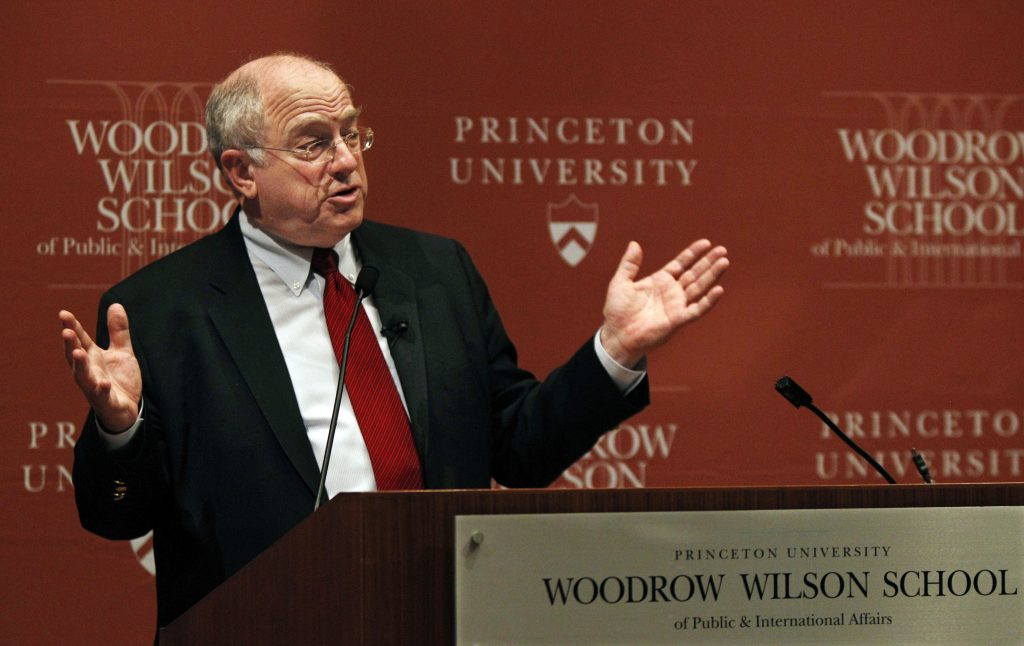 There was plenty of speculation regarding how U.S. policy on Iran policy may change over the weekend, after Joe Biden was named the winner of the 2020 presidential election.

Then Amos Hochstein, an aide to Biden, said on Sunday that rejoining the Iran nuclear deal remains “high on his agenda.”

“I believe that in the first months [of his presidency], we’ll either see him rejoin the deal fully, or what I would call ‘JCPOA-minus,’ meaning lifting sanctions in exchange for suspending some of the Iranian nuclear programs [developed] in the past three years,” he told Israel’s Channel 12.

Hochstein, who oversaw energy sanctions on Iran during the Obama administration, says Biden wants “some changes” to the pact, including its expiration date, and more scrutiny towards Iran.

His remarks essentially confirmed speculation earlier in the day.

Former U.S. ambassador to Israel Daniel Kurtzer predicted that Biden will seek to undo the withdrawal from the Iran nuclear deal by the Trump administration, though not without consulting Israel first.

“My guess is that the Biden administration will want to find a way to go back in,” Kurtzer told Army Radio. “I think they’ll talk to Israel about it before they do anything. But there will be a very significant interest in resuming that kind of an arrangement that stops the Iranian program and stops the enrichment of uranium.”

His remarks came as Iran’s President Hassan Rouhani urged Biden to bring the U.S. back into the so-called Joint Comprehensive Plan of Action.

Failing to persuade its European allies to reimpose sanctions, the U.S. has done so unilaterally. In an effort to get Europe to circumvent the sanctions, Iran has been abandoning its commitments to the nuclear deal. President Trump wants to renegotiate stricter terms to the deal, whereas Iran has said it will only talk if the sanctions are first lifted.

Kurtzer, who was ambassador to Israel in 2001-2005 under the Bush administration, praised the deal for its effectiveness in deterring the Iranian nuclear development program.

“During the three years when it was in effect, the Iranian program was stopped dead in its tracks, and then it restarted after the Trump administration pulled out of the deal,” he said.

Kurtzer described Biden as “a very longtime supporter of Israel and of Israel’s security and wellbeing.”

“He has a very long relationship with the prime minister and with most senior officials,” Kurtzer said. “He genuinely likes Israel and I think we’re going to see an administration that tries to build on a strong relationship to make it even deeper and better.

“Of course there are always some issues on which we will disagree,” he continued. “I think [the] Iran nuclear program may be one of those. But I would anticipate that President-elect Biden will try to talk very seriously about this with the prime minister rather than doing anything unilaterally. I think we’ll get into very deep strategic dialogue on some of the issues where we disagree.”

Israel’s Energy Minister Yuval Steinitz told Army Radio on Sunday that Biden knows the nuclear deal is flawed, while denying that the Islamic Republic is closer to building a nuclear bomb than several years ago.

He said that he believes a Biden administration would not rule out a military attack on Iran, if circumstances called for it.

Meanwhile, Prime Minister Binyamin Netanyahu met with the U.S. Special Representative for Iran and Venezuela Elliot Abrahams and U.S. Ambassador to Israel David Friedman to discuss Iran, according to the U.S. embassy in Yerushalayim.