Politics Trump Does Not Plan to Concede Any Time Soon, Aides and Allies Indicate
Politics 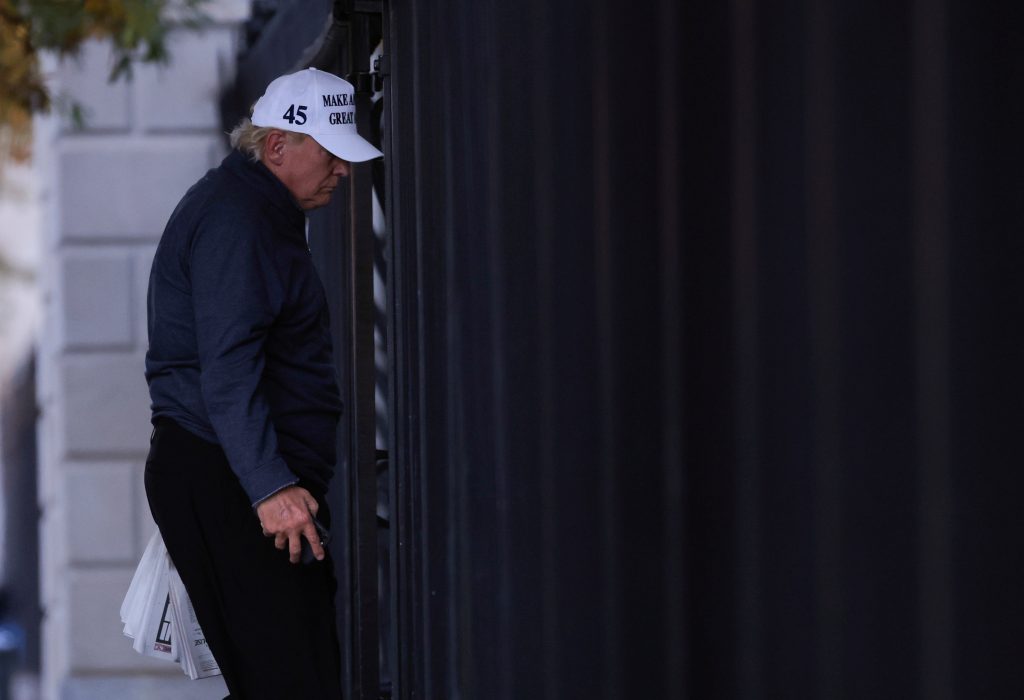 After the declaration on Saturday that Democrat Joe Biden had won the race for the White House, Republican President Donald Trump and his allies made one thing clear: He does not plan to concede anytime soon.

The president, who has spent months trying to undermine the election results with unproven allegations of fraud, pledged on Saturday to go forward with a legal strategy that he hopes will overturn state results that gave Biden the win in Tuesday’s vote. Trump aides and Republican allies, while somewhat conflicted on how to proceed, largely supported his strategy.

“The simple fact is this election is far from over. Joe Biden has not been certified as the winner of any states, let alone any of the highly contested states headed for mandatory recounts, or states where our campaign has valid and legitimate legal challenges that could determine the ultimate victor,” Trump said in a statement released by his campaign.

The president’s allies and advisers called for time to let the legal challenges run their course.

“He should allow the recounts to go forward, file whatever claims there are, and then if nothing changes he should concede,” said one Trump aide.

Republicans are trying to raise at least $60 million to fund legal challenges in several states, alleging foul play and seeking donations, sources told Reuters. More than half of the money raised would go to paying down the campaign’s debts, the fine print on email and text solicitations says.

“He should make sure every vote is counted and demand transparency. That puts him on solid rhetorical grounds,” said another former White House official.

Republicans outside the White House warned that Trump could tarnish his legacy if he does not eventually make a graceful exit, and erode his future political power. “It will be impossible for him to run again in 2024 if he’s seen as a sore loser,” a Congressional Republican source said.

Fox News host Laura Ingraham, a Trump defender, on Friday urged the president, if and when the time came, to accept an unfavorable outcome with “grace and composure,” and the Wall Street Journal’s conservative editorial board wrote that Trump “needs evidence to prove voter fraud.”

“If Mr. Biden has 270 Electoral College votes at the end of the counting and litigation, President Trump will have a decision to make. We hope in that event he would concede gracefully.”

Biden moved over that crucial threshold on Saturday by winning the battleground state of Pennsylvania.

One Trump adviser said White House Chief of Staff Mark Meadows would likely be the aide who would raise with Trump the idea of conceding, but Meadows came down with the coronavirus this week and is under quarantine.

Another former adviser said Vice President Mike Pence or senior adviser and Trump son-in-law Jared Kushner would have the job of telling the president when it was time to concede.

“President Trump is entitled to take the time he wants to absorb this. It was close and it’s not productive to demand an immediate concession,” said Ari Fleischer, who was a White House press secretary in the George W. Bush administration.

“The best thing to keep this country together is to give the president a reasonable period of time to accept the results.”

Trump’s campaign has already lost court rulings in closely contested states including Georgia and Nevada, but scored a win in Pennsylvania on Friday, when a court ordered election officials to set aside provisional ballots cast on Election Day by voters whose absentee or mail-in ballots were received on time.