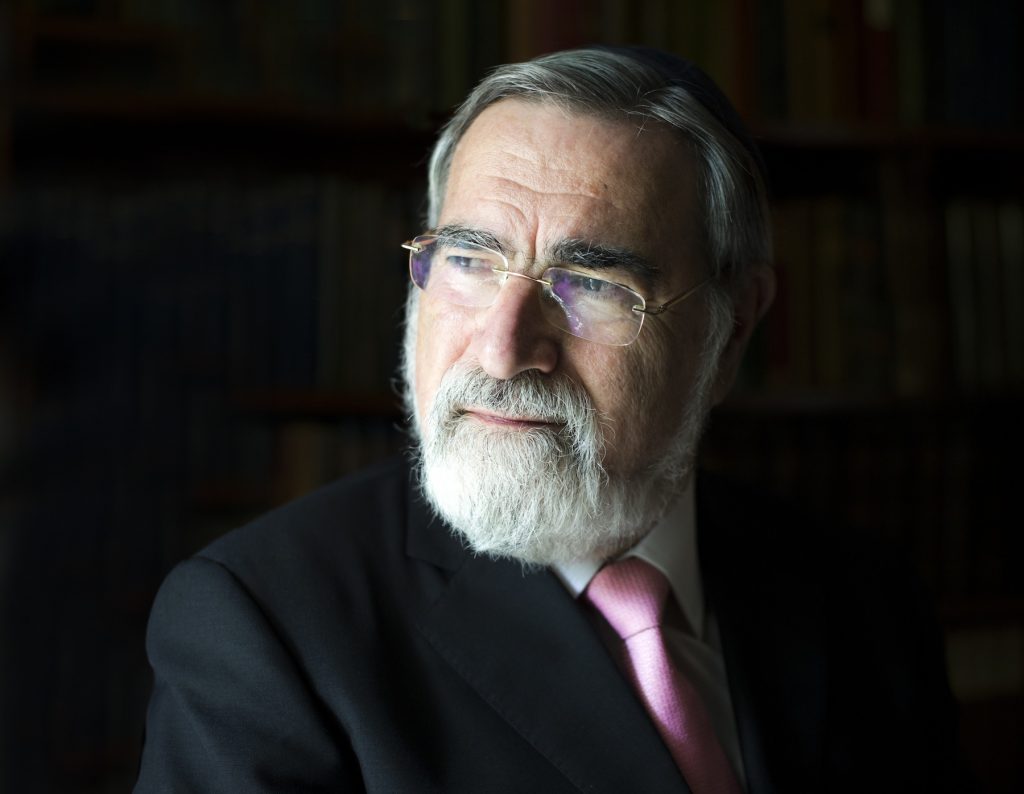 He served as the Chief Rabbi of the United Hebrew Congregations of the Commonwealth from 1991 to 2013, succeeding Rabbi Immanuel Jakobovits. He was succeeded by the current chief rabbi, Rabbi Ephraim Mirvis.

He was born in Lambeth, London, on March 8, 1948. His first Rabbinic appointment (from 1978 to 1982) was as the Rabbi for the Golders Green synagogue in London. In 1983, he became Rabbi of the prestigious Western Marble Arch Synagogue in Central London, a position he held until 1990.

Rabbi Sacks was inducted to serve as Chief Rabbi of the United Hebrew Congregations of the Commonwealth on September 1, 1991.

As the spiritual leader of the United Synagogue, the largest synagogue body in the U.K., Rabbi Sacks was responsible for over 60 Orthodox synagogues in the U.K. as well as guiding many Shuls around the world.

Rabbi Sacks announced in October that he had been diagnosed with cancer and was undergoing treatment.

Rabbi Sacks served as the Chief Rabbi of the United Hebrew Congregations of the Commonwealth from 1991 to 2013.

During his time as Chief Rabbi, Rabbi Sacks became an ambassador for the Jewish community in the U.K. and was respected by many in U.K. Jewry and in the non-Jewish world as well. After his retirement, Rabbi Sacks continued to write, lecture and broadcast widely, around the world.

Tributes for Rabbi Sacks poured in upon the news of his passing, underlying his widespread leadership and the impact he left.

His levayah is to be held on Sunday in London.