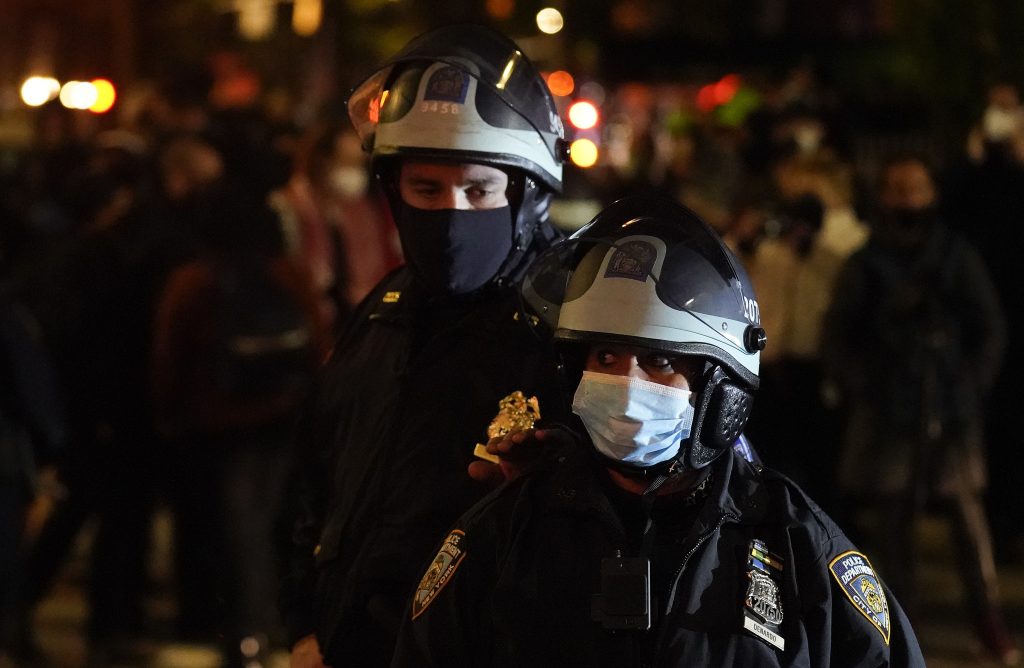 Several dozen people were arrested Wednesday night in New York City after police say they “attempted to hijack” a peaceful protest by lighting trash on fire, hurling debris and fighting with officers.

The arrests happened after hundreds of marchers demanding the counting of every presidential election vote converged on Manhattan’s Washington Square Park, where a smaller group rallied against police misconduct.

Some of the people arrested were throwing eggs at officers and one person was breaking a store window, police said. The department said officers recovered a knife and a stun gun, spray paint and M80 firecrackers.

“We support everyone’s right to self-expression, but setting fires puts others at risk and will not be tolerated,” an NYPD’s tweet said.

There were also standoffs between police and protests near Union Square.

A police spokesman said arrests numbered in the dozens but didn’t have an exact figure.

Joo-Hyun Kang, the executive director of Communities United for Police Reform, tweeted: “This is police violence.”

Until Wednesday night’s clashes, protest activity in the city had been peaceful. Hundreds of people marched past shops boarded up in anticipation of potential unrest.

Activist Linda Sarsour encouraged demonstrators outside the New York Public Library to keep marching in the days and weeks ahead, telling them: “Let’s stay in the street regardless of the outcome of this election.”