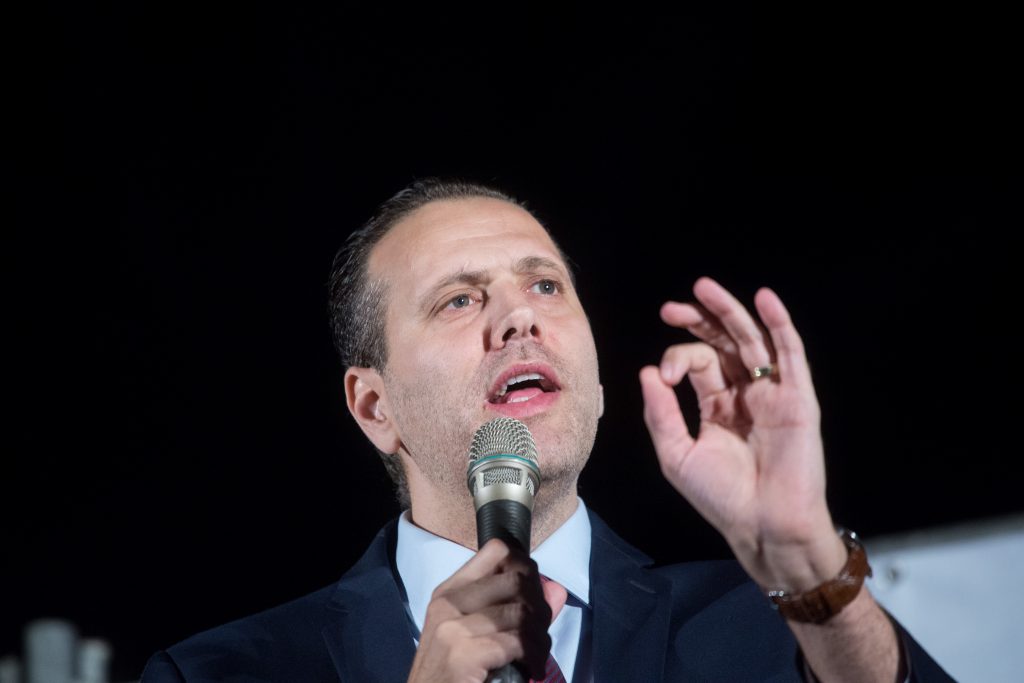 Likud MK Miki Zohar confirmed that he was the unnamed public official who was questioned by police on suspicion of extortion by threats against Attorney General Avichai Mandelblit on Thursday.

“Israel Police is conducting an investigation into suspicions regarding the offense of extortion by threats, in the course of which an elected public official was questioned during the day,” the police said in a statement.

“The investigation is being conducted with the approval and accompaniment of the State Attorney’s Office. Beyond that, and naturally, we will not be able to expand on further details from ongoing investigations.”

“This is a sad day for our democracy,” Zohar wrote in a social media post.

Zohar wrote that he was questioned over comments he made in a radio interview, accusing the prosecution of attempting to “silence” his right-wing views.

“In recent years, I have led an uncompromising discourse regarding the conduct of the state prosecution and the police. I did this without any fear – despite all the warnings I received: ‘Be careful, they will try to build a case against you,’ I was warned.

“I replied: ‘I will always go with my truth.’ No, I do not regret expressing the voices of many who could not shout. I am the one who cried out for them in the face of the terrible injustice done to us in recent years.”

In mid-October, Zohar called for Attorney General Avichai Mandelblit’s resignation, warning that if Mandelblit doesn’t resign, more damaging recordings could soon be published after a report had aired taped phone conversations in which Mandelblit is heard complaining bitterly about Shai Nitzan, the state attorney at the time, for failing to close a criminal case against him.

The threat that additional recordings would be published if Mandelblit doesn’t step down and withdraw charges against the prime minister was condemned by Netanyahu and by Mandelblit himself.

After Netanyahu distanced himself from the remarks of his loyalist, Zohar backed off. “I didn’t intend to threaten the attorney general, but I still think he should quit,” he said.