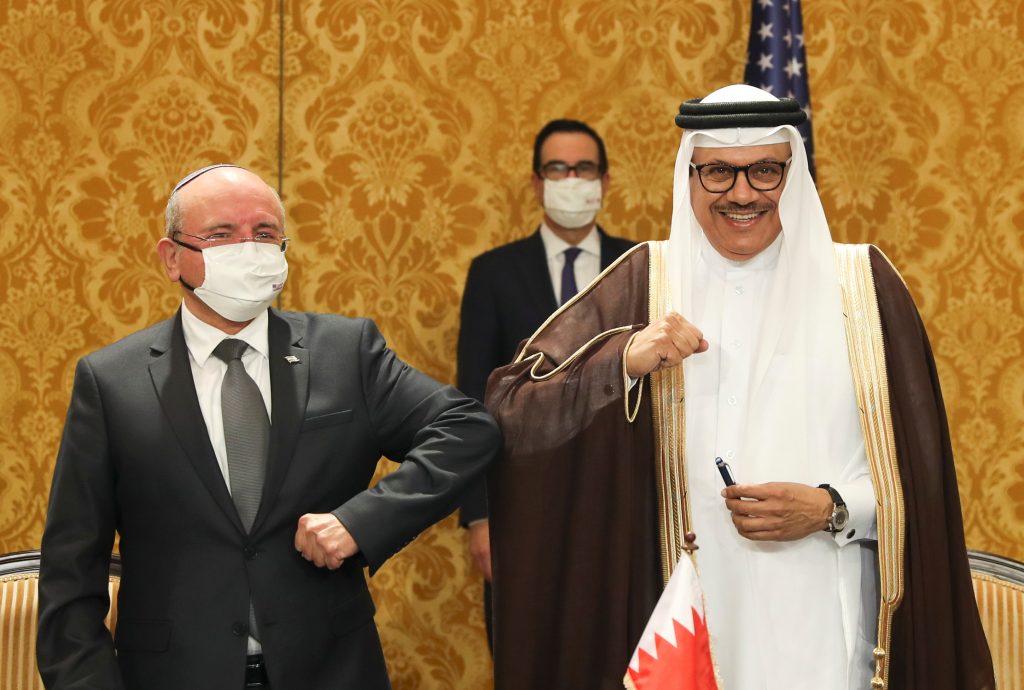 Israel’s normalization agreement with Bahrain will be put to a vote in the Knesset next Tuesday.

The agreement is expected to have overwhelming support in the Knesset, much like the peace treaty signed with the United Arab Emirates, which had been approved by 80 to 13 MKs on October 15.

The House Committee granted Knesset Speaker MK Yariv Levin (Likud) ​the discretion to permit ministers and deputy ministers who are not MKs to address the plenum during the debate.

An Israeli delegation led by Foreign Ministry Director-General Alon Ushpiz attended a ceremony on October 18 in the Bahraini capital, during which the two countries formally signed eight bilateral agreements, establishing diplomatic relations between Manama and Yerushalayim.

“This is a historic breakthrough that will allow us to achieve security, peace and prosperity,” Bahrain Foreign Minister Abdellatif al-Zayani said at the ceremony.

For more than a decade, Israel reportedly kept a clandestine diplomatic office in the Bahraini capital where the two countries held secret discussions over their developing political ties, according to a report in Axios.

As per the report, Israel has worked on establishing quiet diplomatic ties with Bahrain for 11 years, principally through the use of a shell company, The Center for International Development, registered in the Gulf state.