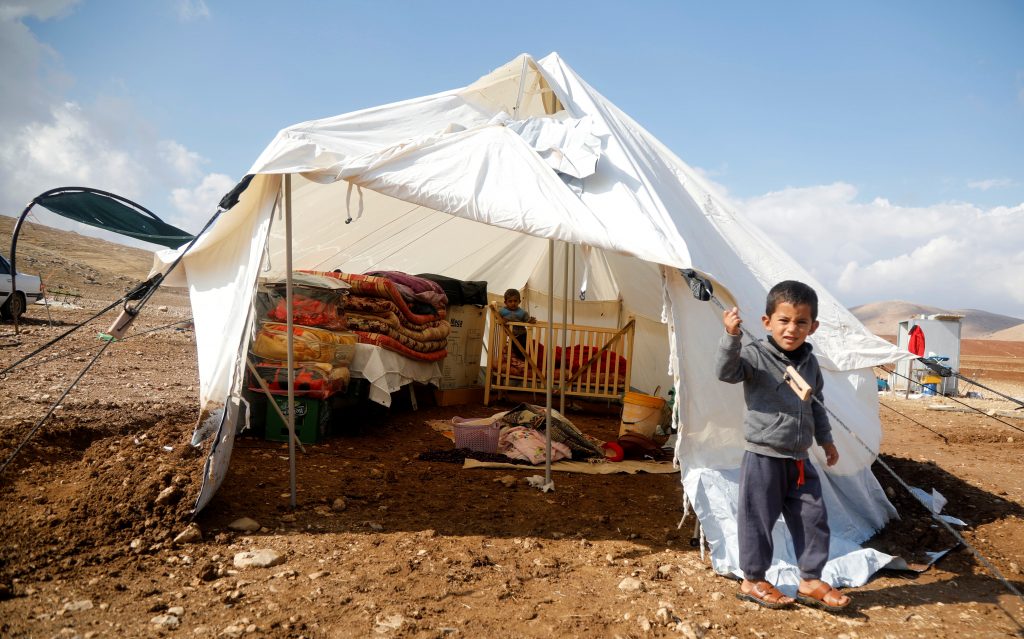 Israel has demolished most of a Bedouin village in the Shomron, displacing 73 Palestinians – including 41 children – in the largest such demolition in years, residents and a United Nations official said.

Tented homes, animal shelters, latrines and solar panels were among the structures destroyed in the village of Khirbet Humsah on Tuesday, according to the U.N. official.

Israel’s military liaison agency with the Palestinians, COGAT, confirmed that a demolition had been carried out against what it said were illegal structures.

By Thursday morning the residents had already moved back to the site, using tents donated by Palestinian aid groups, according to a Reuters witness.

The remains of the demolished village lay across the hillsides, with just two of the original homes still standing some distance from the others.

COGAT on Wednesday issued a statement saying that an “enforcement activity” had been carried out by Israeli security forces “against 7 tents and 8 pens which were illegally constructed, in a firing range located in the Jordan Valley.”

Palestinian Prime Minister Mohammad Shtayyeh accused Israel of timing the demolition for election day in the United States, when the world was distracted.

A COGAT spokesman on Thursday had no immediate comment on Shtayyeh’s claim. But its statement on Wednesday said: “The enforcement was carried out in accordance with the authorities and procedures, and subject to operational considerations.”