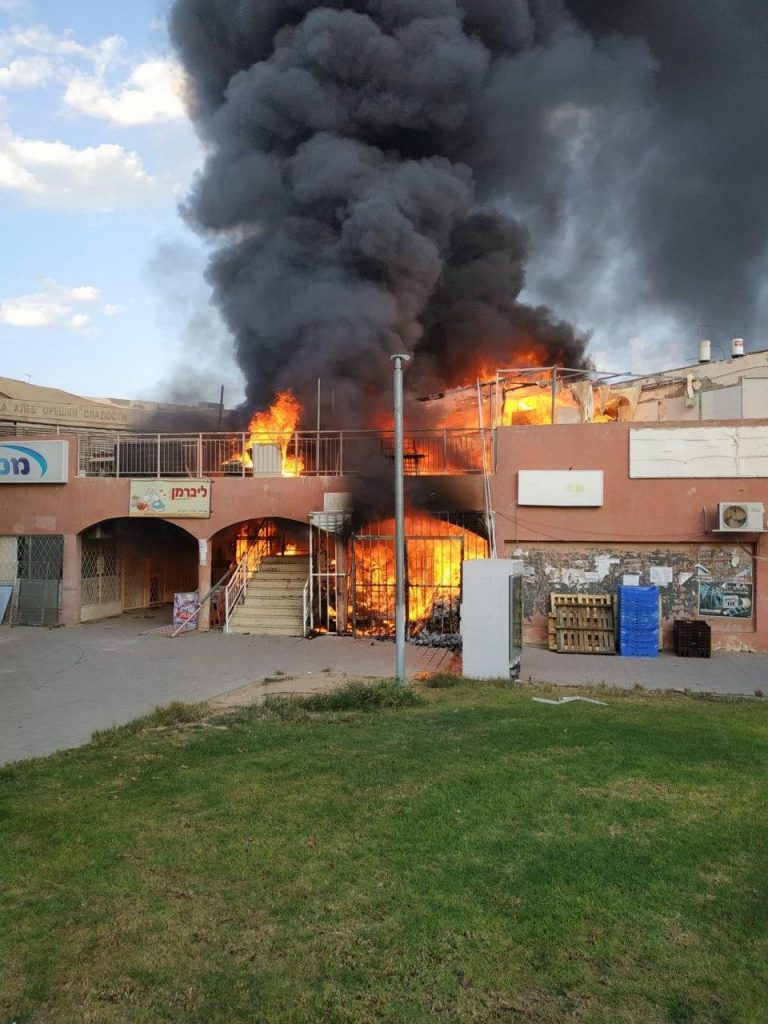 During the meeting, Arad residents accused the mayor of inciting against the chareidi public. MK Rabbi Tessler said Mayor Ben Hamo is responsible for the burning of the chareidi-owned stores, while Rabbi Litzman said, “We will file complaints with the police. The mayor is a big criminal.”

Arad Municipality Director-General Gershon Amel said there are no specific sectors in the city that are discriminated against, adding that all of the city’s residents should have a sense of personal security.

Outgoing Arad Police Station commander Chief Superintendent Guy Hayun said the suspects were intoxicated when they attacked the chareidim, local Arad residents. He stressed that these attacks cannot be linked to incitement against the chareidi population in the city.

MK Rabbi Abutbul said, “Wherever stores are torched, people can be torched too.” Turning to Director-General Amel, he said, “Sit down with the mayor and tell him that the wars have to stop and that he should start taking care of the population.”

Chairman MK Rabbi Tessler praised the police’s work, but noted that Arad’s chareidi residents do not feel safe. “The police has one job, and that is to preserve the safety of the residents,” he said.