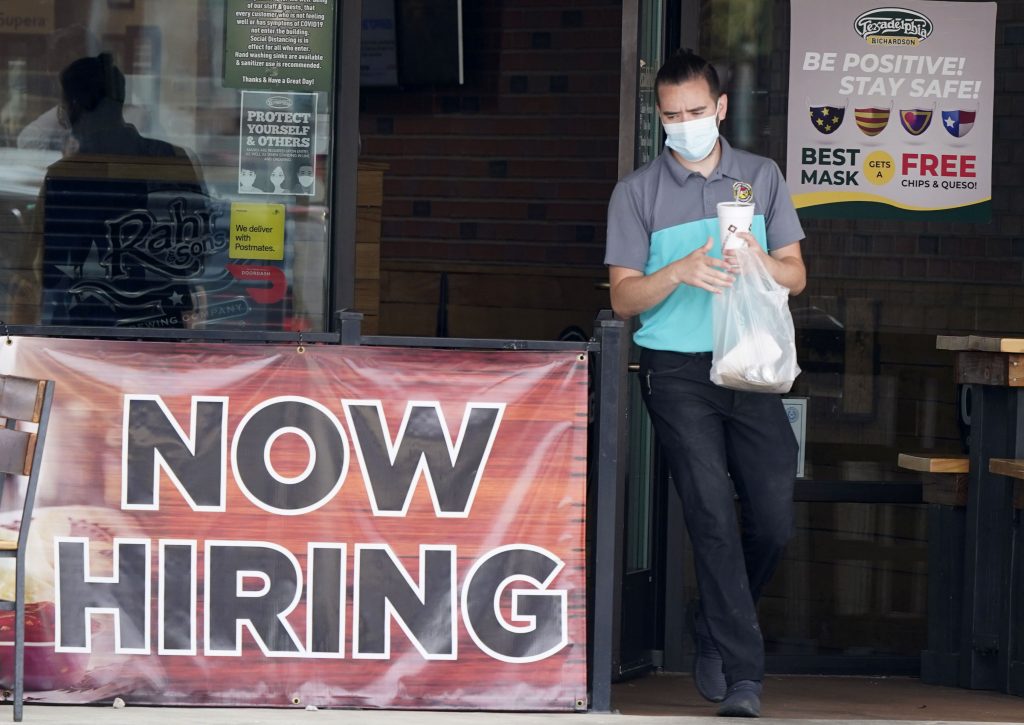 The number of Americans seeking unemployment benefits fell slightly last week to 751,000, a still-historically high level that shows that many employers keep cutting jobs in the face of the accelerating pandemic.

A surge in viral cases and Congress’s  failure so far to provide more aid for struggling individuals and businesses are threatening to deepen Americans’ economic pain. Eight months after the pandemic flattened the economy, weekly jobless claims still point to a stream of layoffs. Before the virus struck in March, the weekly figure had remained below 300,000 for more than five straight years.

Thursday’s report from the Labor Department said the number of people who are continuing to receive traditional unemployment benefits declined to 7.3 million. That figure shows that some of the unemployed are being recalled to their old jobs or are finding new ones. But it also indicates that many jobless Americans have used up their state unemployment aid — which typically expires after six months — and have transitioned to a federal extended benefits program that lasts an additional 13 weeks.

The job market has been under pressure since the virus paralyzed the economy and has regained barely half the 22 million jobs that were lost to the pandemic in early spring. The pace of rehiring has steadily weakened — from 4.8 million added jobs in June to 661,000 in September. On Friday, when the government issues the October jobs report, economists foresee a further slowdown — to 580,000 added jobs — according to a survey by the data firm FactSet.

The financial-aid package that Congress enacted in the spring included a $600-a-week federal jobless benefit and $1,200 checks that went to most adults, in addition to assistance for small businesses. All that money has run out. Without additional federal aid, millions of unemployed Americans likely will lose all their jobless benefits in coming weeks and months, probably forcing them to scale back their spending. And many small companies could go out of business.

In the meantime, new confirmed viral cases in the United States reached an all-time high of more than 86,000 a day, on average, in a sign of the worsening crisis that lies ahead for the winner of this week’s presidential election. By contrast, just two months ago, according to Johns Hopkins University, the seven-day rolling average for confirmed daily new cases was 34,000.

As temperatures fall, restaurants and bars will serve fewer customers outdoors. And many consumers may stay home to avoid infection. Dwindling business could force employers to slash more jobs during the winter.

The data firm Womply found that more businesses are shuttering in the face of a COVID resurgence and a potentially deteriorating economy: 21% of small businesses were closed as November began, it says, up from 20% in October, 19% in September and 17% in August. And sales growth is slowing at the companies that are open.

A series of major corporations have announced layoffs recently. Last week, Exxon Mobil said it was slashing 1,900 jobs from its U.S. workforce. Chevron said it planned to cut a quarter of the employees at its recently acquired Noble Energy, with the pandemic sapping demand for fuel. Charles Schwab announced after completing its purchase of TD Ameritrade that it would cut 1,000 jobs from the combined company.

And Boeing said it would make deeper cuts to its workforce than originally planned. It has been losing money because the viral outbreak has depressed demand for new planes. Boeing expects to end the year with about 130,000 employees, down 30,000 from the start of this year — far more than the 19,000 reduction it had announced three months ago.