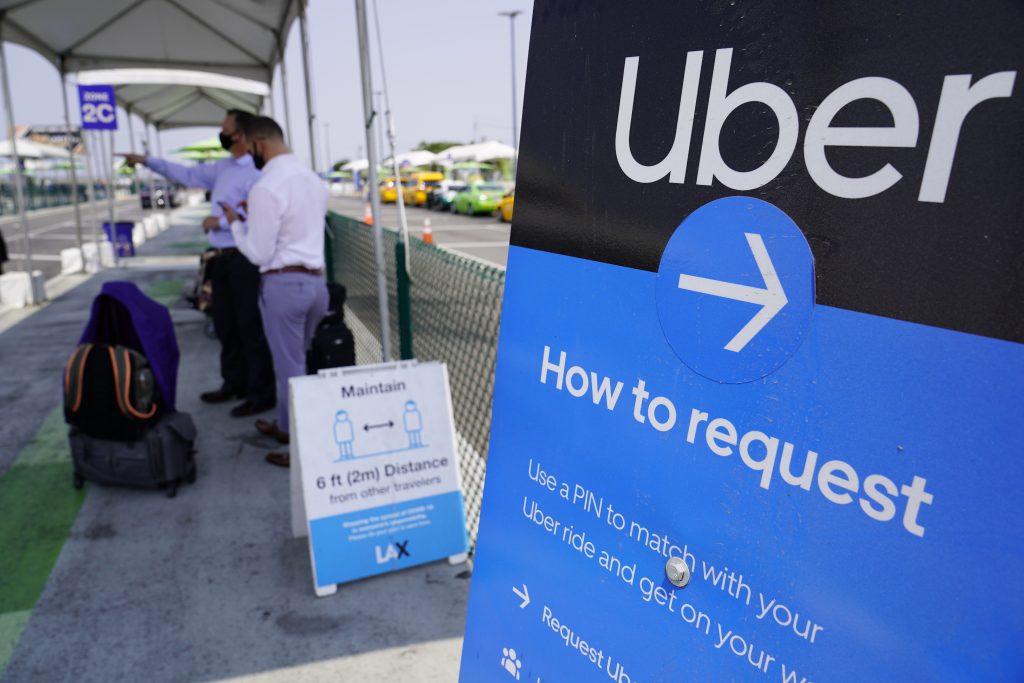 Uber, Lyft and Doordash have dodged a potentially devastating blow to their industry by carving out an exemption from a California law that required them to classify their drivers as employees instead of contractors.

California voters passed Proposition 22 and delivered a stinging rebuke to state lawmakers and labor leaders who were fighting for better working conditions for a growing number of people who drive for ride-hailing and food delivery services.

California has one of the strictest laws in the country for determining when a company must treat its workers as employees with benefits such as minimum wage, overtime and sick days. Uber, Lyft, Doordash, Instacart and others sought to get out of those requirements, and after failing in court, succeeded in convincing voters to give them an exemption from most of the year-old law’s provisions.

Supporters applauded the outcome, saying drivers would be able to maintain their independence while accessing new benefits such as a guaranteed minimum wage and health care subsidies.

Don Pruitt, an accountant in Stockton, was relieved by Proposition 22’s passage because it will allow him to continue to drive for both Lyft and Uber, as well as handle deliveries for Postmates and Instacart, as he has been during the past three years whenever he isn’t busy filing taxes for his clients.

“If Prop. 22 had lost, I wouldn’t have been able to keep doing that to make extra money. I couldn’t work for all of them if I had to be an employee,” Pruitt said.

James Patterson, a Sacramento retiree who drove four years for Lyft but now currently does deliveries for DoorDash and Postmates, prefers the freedom of being able to make his own schedule.

“You can just work when you want and stop whenever you want,” he said. “And as someone who is retired, it’s nice to get a little supplemental income whenever you need it.”

Others viewed the development as a major setback for gig workers.

“It should be a good wake-up call for us all, across the country, if these companies think they can buy their way out of having to comply with basic labor laws,” said Shannon Liss-Riordan, a labor attorney who has been fighting for employment protections for app-based workers. “I’m worried about what these companies may try to pull off on a national basis.”

Edan Alva, a former Lyft driver, stopped driving during the pandemic because he was shelling out for disinfectant, risking his health and barely making money. He was hoping the proposition would fail, leading to better working conditions so he could consider driving again.

“Labor rights are human rights, and the fact that Lyft and Uber managed to basically trump human rights doesn’t mean everyone should give in,” he said.

Investors were thrilled with the outcome, largely because it allows the companies to preserve the status quo and puts them in a better position to reverse their long history of losses after the pandemic is over. Uber’s stock surged nearly 12% in afternoon trading while Lyft’s shares gained 9%. The combined market value of Uber and Lyft climbed by $8 billion on Wednesday.

Wedbush Securities analysts Dan Ives hailed the vote as “a landmark victory for the gig economy with Uber and Lyft front and center.”

The triumph came at a high cost after the two opposing sides of the issues spent more than $220 million arguing their cases, making Proposition 22 by far the most expensive initiative in California history. Uber, Lyft and, DoorDash, Instacart and their supporters accounted for roughly $200 million that amount, underscoring how badly the companies wanted to preserve their business model.

Still pending in Alameda County Superior Court is a case brought by California’s labor commissioner against Uber and Lyft in August, which accuse the companies in separate complaints of engaging in “wage theft.” The suit seeks to recover unpaid wages and other penalties for the 10 months that California’s law had been in effect before Proposition 22’s passage.

Among the labor concessions embedded in Proposition 22 are requirements that Uber, Lyft and the other app-based companies provide 120% of minimum wage for “engaged” time such as when a driver is heading to pick up a passenger, a health care subsidy and expenses reimbursement per mile.

Uber told its drivers the company would let drivers know how to enroll in benefits in the next few weeks. “The future of independent work is more secure because so many drivers like you spoke up and made your voice heard—and voters across the state listened,” Uber’s CEO, Dara Khosrowshahi, said in an email to drivers.

John Zimmer, Lyft’s president, called the decision a “turning point for the future of work in America,” and said that during the pandemic many people are looking for work and for ways to get around safely.

“We’re ready to work with labor leaders and others to continue to build a stronger safety net for workers,” Zimmer said in an interview.

Some drivers supported the proposal out of fear that if it didn’t pass, they would lose their working flexibility, if not their entire jobs.

“They get to keep their livelihood, and this would likely go away had Prop. 22 failed,” said Arun Sundararajan, a professor at New York University’s Stern School of Business and author of The Sharing Economy. It also is a starting point for improving working conditions for workers in the gig economy, he said.

“You have millions of people who drive and who deliver, who now have sort of a funding mechanism to start to get some benefits,” Sundararajan said.

Some riders, such as Chris Martin, a 41-year-old teacher, were turned off by the companies’ efforts to skirt the law.

“It’s putting a sour taste in my mouth, so if there is a third option that pops up, I might choose that,” he said, adding that he’s willing to pay more to a company that provides better working conditions.

“I closed my mom-and-pop small business partially because of tax matching and work comp expenses on the employees,” said Doug Lee, another rider, who owned a dog grooming business in La Jolla, California. “It’s not really fair that Uber, Lyft etc. get to skate on these costs when other businesses don’t.”