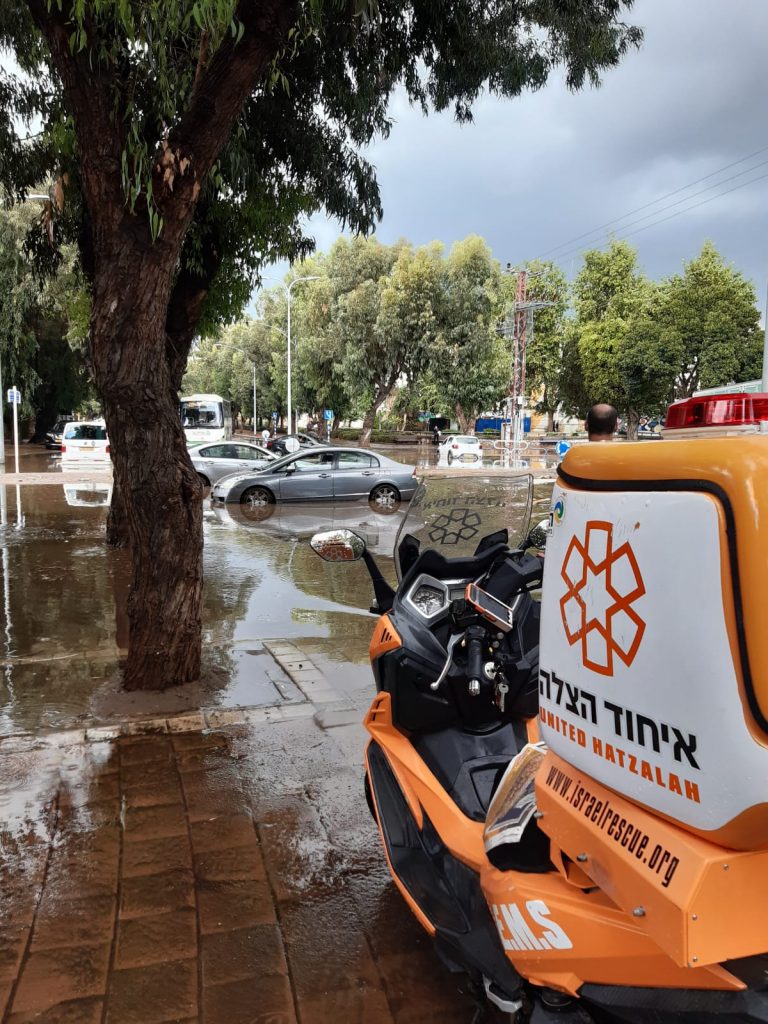 Stormy weather on Wednesday morning caused widespread flooding in southern Israel as wintry weather was expected to continue in the coming days.

Ashdod appeared to have taken the biggest hit with major flooding in several neighborhoods that saw cars submerged in water. Over 35 millimeters (1.5 inches) of rain hit the city since the morning.

Local fire department officials said they have been called to assist residents trapped inside their vehicles.

In one incident, divers were called to look for residents trapped in a flooded basement of a residential building.

A local commander said that the Fire Department is prepared for any eventuality and has increased its on-duty deployment in advance. “We ask the public to follow instructions and ask four-wheelers to stay away from the flooded area in order to save both lives and property.”

United Hatzalah volunteers responded to emergency calls for help throughout the city.

The emergencies included people being trapped in elevators, people trapped in their cars in streets that have flooded, injuries due to people slipping and falling on the street and others.

United Hatzalah volunteer EMT and regional spokesperson for Ashdod Avi Amar said, “Due to the quick response, most of the incidents have not resulted in injuries so far, with the exception of one man who suffered light contusions after he fell while walking on the street.”

In addition, flooding was also reported in the central city of Yavneh, while in Bnei Brak a sinkhole has reportedly appeared on one of the main streets, blocking the area for cars.

On Thursday, rain is expected in the early hours of the day across the country, but will weaken later in the evening and into Friday.

By Shabbos, temperatures are expected to rise and sunny weather will return.