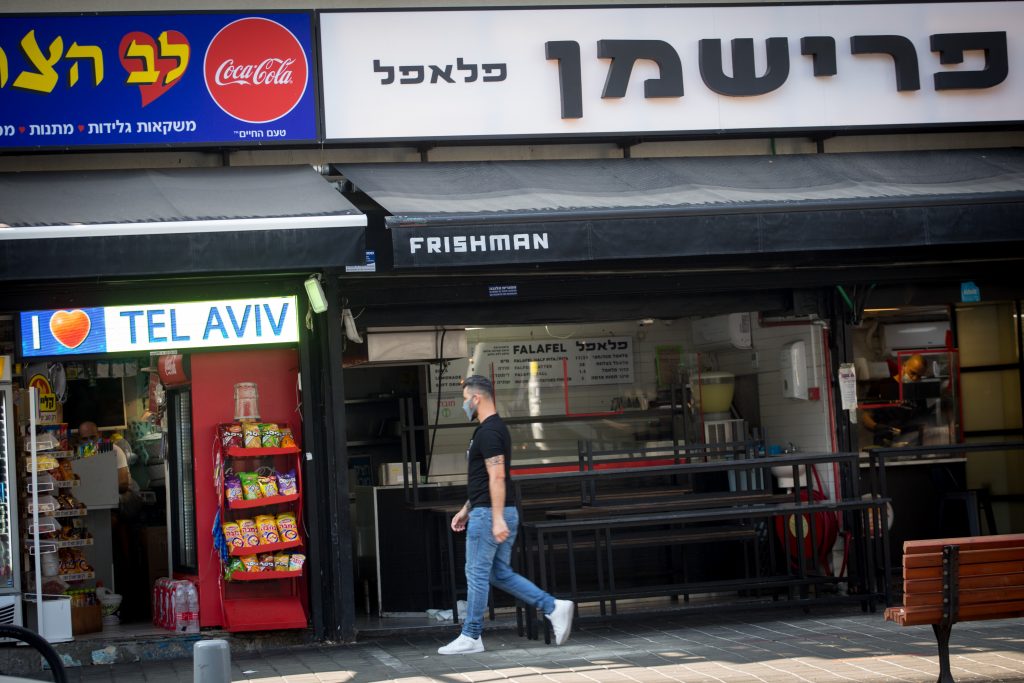 The coronavirus cabinet was poised on Wednesday to approve the reopening of storefront shops as of next Sunday, Ynet reported.

The exit would start with stores in green cities, where virus levels are lowest, and if all goes well be extended to other cities after that.

Israeli Prime Minister Binyamin Netanyahu‏‏ was said to be in favor of reopenings only in the green cities for now, and on condition that only four customers be allowed in at a time.

Meanwhile, to encourage compliance with the Health Ministry efforts, the government plans to offer financial grants to municipalities that increase coronavirus testing levels, the Kan public broadcaster said. The report comes amid concern of a recent drop in testing rates.

Another proposal for gaining control over the pandemic came from outgoing coronavirus czar Ronni Gamzu, who advocated using surveillance cameras in cities to track how many Israelis are wearing masks in public, Walla news reported.

Gamzu told the coronavirus cabinet that cameras are available that can identify whether someone is wearing a mask without using facial recognition technology.

After Attorney General Avichai Mandelblit expressed reservations on privacy grounds, Gamzu explained the cameras would not be for enforcement, only for assessing how many people are wearing masks.

Traffic between Israeli cities and the Palestinian areas was also on the agenda. Gamzu recommended barring Israelis from entering Palestinian Authority-controlled areas due to concerns people could be infected there. He also wants Palestinian laborers who work in Israel to be tested.

Despite the plans for exiting the lockdown, at least one expert voiced pessimism on Wednesday that it could be done successfully even at the present gradual pace.

“There’s a concern that the country won’t be at the levels set for moving on to the next stage,” Eran Segal, a computational biologist from the Weizmann Institute of Science, told The Times of Israel.

Stage three of the reopening, intended to jump-start the large part of Israel’s commercial sector that is still shut, is expected in a week and a half.

On October 15, the coronavirus cabinet conditioned the exit on a transmission rate under 0.8. Just after initial easing of restrictions started in mid-October, it was 0.65.

However, Segal said that it now stands at 0.86, and now that schools are open, the number is likely to rise.

“It’s important to remember that first to fourth grades just reopened, and we’re not yet seeing the effect of that on case numbers,” he said.

Segal said that as well as facing an uphill struggle to hit the target production rate, Israel

But Nadav Katz, a statistics expert and physicist at Hebrew University, did not fully share the pessimism. “As long as the case numbers are still going down this is a good sign,” he said.

Katz thinks the government should act accordingly if virus numbers continue slightly above 0.8, imposing restrictions in the most affected locations.

“It’s becoming more clear that you have to pay attention to where the hotspots are,” he said. “It doesn’t make sense to hold back the whole country because of outbreaks in particular areas.”