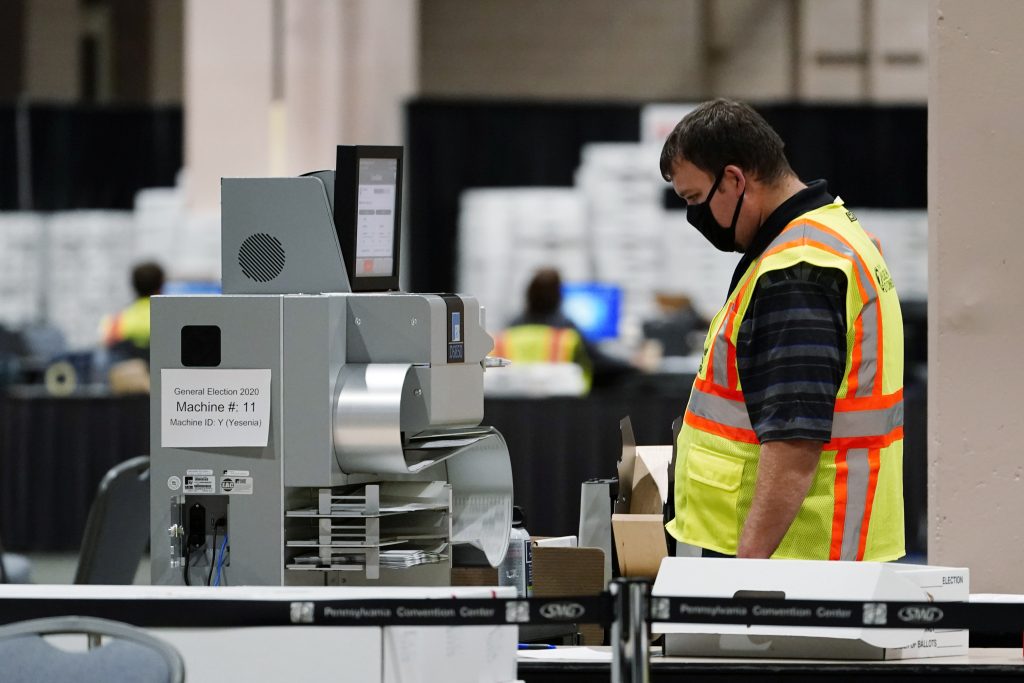 The pivotal role that was anticipated for Pennsylvania in the presidential election appeared increasingly likely early Wednesday as counting in that race and others continued in the vote-rich swing state.

Voters turned out in large numbers for an election that produced few of the glitches some had feared, leaving in their wake a mountain of ballots that will have to be counted in the coming days.

The state’s decision to greatly expand mail-in voting for the first time this year means it could still be days before it’s clear whether President Donald Trump repeated his crucial Pennsylvania victory from four years ago or whether native son Joe Biden will collect its 20 electoral votes.

“What’s most important is that we have accurate results and that every vote is counted, even if that takes a little longer,” Democratic Gov. Tom Wolf said an hour after polls closed. “So, I’m urging Pennsylvania to just to remain calm, be patient, stay united on election night and in the days ahead.”