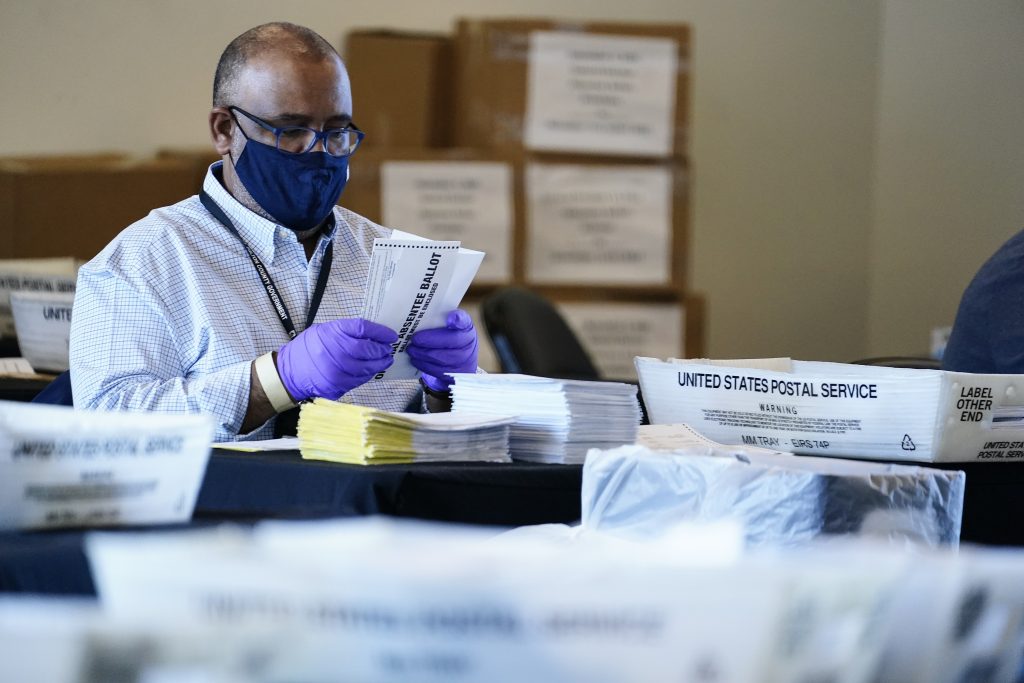 Four years of partisan discord and a tumultuous election have left U.S. voters deeply divided on everything from public health, racial justice and the economy to whether votes would be counted fairly, according to AP VoteCast, a national survey of the electorate.

Supporters of President Donald Trump and former Vice President Joe Biden found little common ground on the top crises facing the nation. But among the few shared views: Trump has changed the way things work in Washington. Most Trump voters say he has changed Washington for the better; most Biden voters say he’s changed it for the worse.

Here’s a snapshot of who voted and what matters to them, based on preliminary results from AP VoteCast, a survey of more than 133,000 voters and nonvoters nationwide conducted for The Associated Press by NORC at the University of Chicago.

Trump for months has sought to sow doubts about how the vote-counting — especially of mail-in ballots, which take longer to count and tend to favor Democrats —claiming that the process was ripe for fraud and that Democrats would try to steal the election.

The survey suggest his voters were listening.

Trump voters felt more confident about another democratic institution that has already played a role in this year’s election — the Supreme Court. The high court, along with lower courts, handled lawsuits in recent weeks about the count of mail-in ballots in several states. That was before conservative Justice Amy Coney Barrett filled her seat on the Supreme Court after the Republican-controlled Senate sped through her confirmation just before the election.

About 9 in 10 Trump voters were at least somewhat confident in the high court to be fair and impartial in its decisions, compared with about half as many Biden voters.

Longstanding partisan divides have defined the past four years, explaining why roughly three-quarters of voters said they’ve known all along who they were supporting in this election. VoteCast shows stark differences between Trump and Biden supporters — on the virus, the economy, even on sports.

As U.S. coronavirus cases rise, claiming more than 232,000 lives, a majority of Biden voters — about 6 in 10 — said the pandemic was the most important issue facing the country. And Biden voters overwhelmingly said the federal government should prioritize limiting the spread of the virus — even if that damages the economy.

But Trump voters were more focused on the economy. About half of Trump voters called the economy and jobs the top issue facing the nation, while only 1 in 10 Biden voters named it most important.

The two groups did not agree on the state of the economy, either. Trump voters remain adamant that the economy is in good shape: About three-quarters call national economic conditions excellent or good. About 8 in 10 Biden voters call them not so good or poor.

Trump won four years ago with a message of disruption, promising to shake up the Washington establishment, roll back regulations and put America first — and his message still resonates with his supporters. They like what they’re seeing.

Trump voters overwhelmingly said their vote was an endorsement of him, not cast in opposition to Biden. And they were somewhat more likely than Biden voters to say they agreed with their candidate all or most of the time, 81% versus 74%.

An overwhelming majority of Trump voters continue to want to shake up the political system — even after four years of Trump’s leadership. But in a twist, a large majority of Democrats now agree — although they’d like a shake-up to oust Trump.

But both candidates’ voters expressed worries about Washington corruption, with an overwhelming majority saying they believe corruption would be a “major problem” in their opponent’s administration.

Although a wide majority of voters said the coronavirus pandemic has affected them personally, there were deep racial and partisan disparities.

About 4 in 10 Black voters and about 3 in 10 Latino voters said they lost a family member or close friend to the virus, while just about 1 in 10 white voters said the same.

Latino and Black voters also were more likely to lose household income because of the pandemic: nearly half of Latino voters and about 4 in 10 Black voters, compared with about a third of white voters.

Voters in cities were more likely than those in other communities to say they have lost a close friend or family member. Urban voters also report income loss somewhat more than other voters.

All these groups of voters fall into Biden’s column, meaning his voters were somewhat more likely than Trump voters to say they’ve felt the impact in at least one of the ways the survey asked about, 73% to 62%.

A summer of protests and sometimes-violent clashes over racial inequality in policing exposed sharply divergent views on racism.

An overwhelming majority of Black voters said racism in the U.S. is a “very serious” problem, but fewer than half of white voters said it is.

But compared with the pandemic and the economy, relatively few voters deemed racism or law enforcement the country’s top issue: 7% said racism was most important and just 4% said law enforcement was.