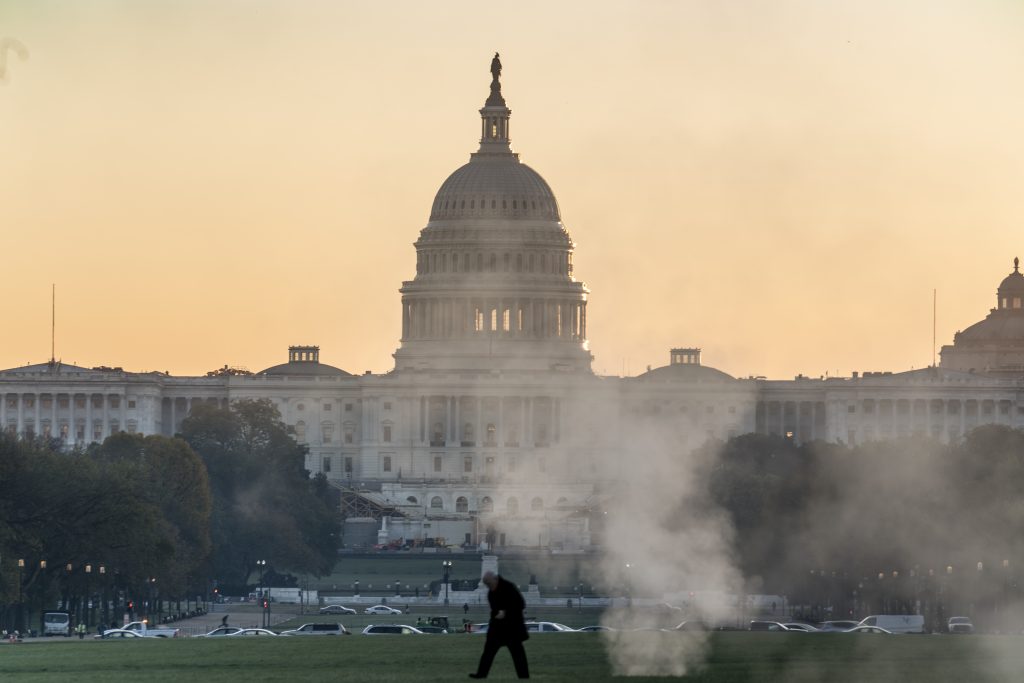 With a bitterly divided America failing to deliver a decisive result for either party, a jittery public awaited clarity Wednesday over the fate of a race that remained too early to call.

Across the country, sleep-deprived voters were tuned to newscasts while refreshing maps checkered with blue and red that delivered no clear answers.

“There will be a lot of confusion, a lot of chaos,” said Lewis Stevens, 47, a graphic designer and film producer in Detroit who voted for former Vice President Joe Biden. “I’m anticipating court legal battles, the whole nine yards.”

Votes were still being counted across the country and likely will be for days to come as Biden and President Donald Trump both remain short of the necessary 270 electoral votes to win.

Nothing was out of the ordinary in that process beyond a predicted surge of mail-in votes, but the lack of certainty wore on a public exhausted by a seemingly endless campaign.

The verdict will be delivered by a handful of swing states with razor-thin margins likely to lead to recounts and legal challenges. Voters there took deep breaths, coaxed themselves into sanity or otherwise sought refuge from the perplexity and possible further delays.

In North Carolina, where Democrats clung to hope despite a lead for Trump, Kyle Holland, an 18-year-old student voting in his first election, thought his choice of Trump would prevail.

“I think he looks in pretty good shape. I mean, it’s not gonna be a blowout or anything, but I think he’s gonna be able to get to 270 electoral votes,” said Holland, who lives in Faison, North Carolina.

In Michigan, where Biden held a narrow lead, 78-year-old Jerry Stutzman, who cast his vote for Trump, expressed disappointment about delays in returns but said he wouldn’t lose any sleep over it.

“You’ve got to be careful what you stress over,” the retired businessman said. “I will keep positive. I’m not going to bury myself in the sand. There’s always challenges in the world and you’ve got to learn to live with them.”