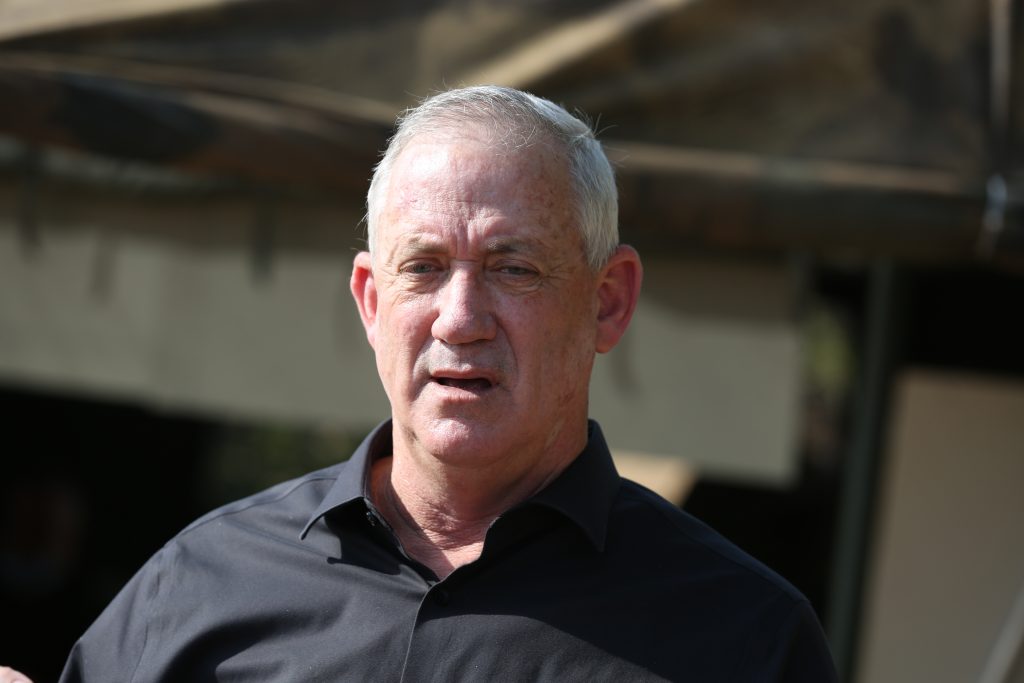 Defense Minister Benny Gantz requested that law enforcement authorities allow protest demonstrations to continue outside his home, following complaints over arrests of protesters, all of whom were later released without being charged.

Ten people were by police on Monday and Tuesday, and the fact that they were released unconditionally “only strengthens our claim that these are false arrests and [that the police] have no authority to distance the protesters from the home of the alternative prime minister,” Gabi Lasky, one of the detainees’ lawyers, told Haaretz.

In response, the police said that the detainees had violated protesting conditions defined by central district commander Maj.-Gen. (INP) Ami Eshed, according to guidelines issued by Attorney General Avichai Mendelblit, that allow quiet protests of up to five people at intersections at a distance of hundreds of yards from public figures’ residences.

Gantz sent a letter to the Israel Police on Wednesday requesting they allow the demonstrations outside his home and to use “discretion before making arrests or removing protesters from the vicinity.” The right to protest is a democratic value which should not be discouraged by public figures, he said.