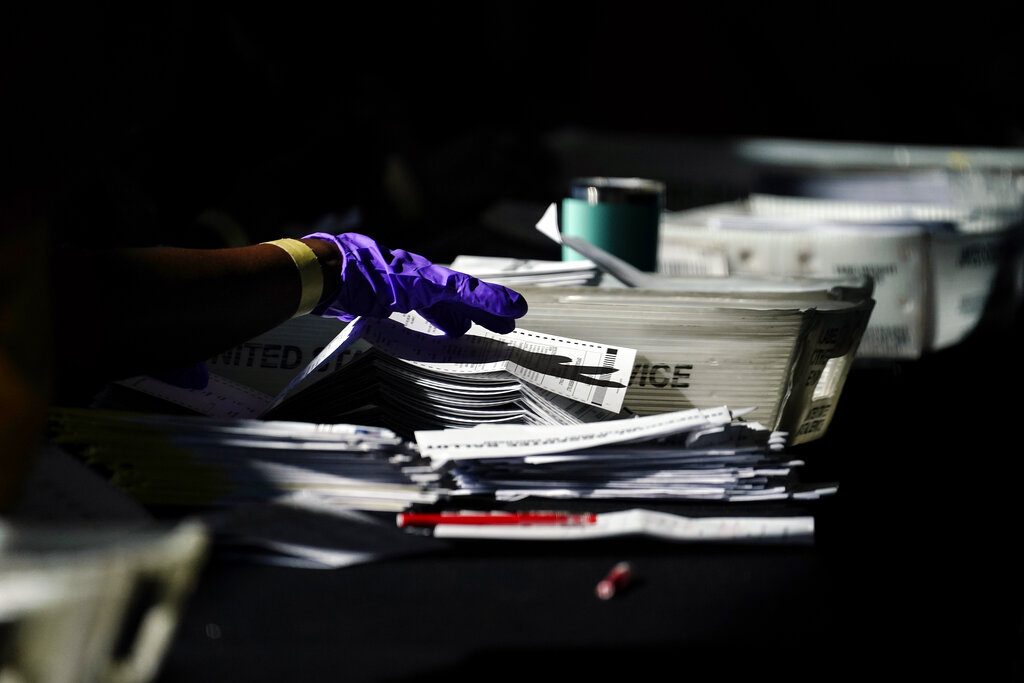 The fate of the United States presidency hung in the balance Wednesday as Democratic challenger Joe Biden picked up a win in Wisconsin and fought President Donald Trump in other battleground states that could prove crucial in determining who wins the White House.

Neither candidate cleared the 270 Electoral College votes needed to win the White House, and the margins were tight in several fiercely contested states. Top advisers for both Biden and Trump on Wednesday morning expressed confidence that they respectively had the likelier path to victory in the outstanding states.

The Associated Press called Wisconsin for Biden after election officials in the state said all outstanding ballots had been counted, save for a few hundred in one township and an expected small number of provisionals.

Trump’s campaign requested a recount. Statewide recounts in Wisconsin have historically changed the vote tally by only a few hundred votes; Biden leads by 0.624 percentage point out of nearly 3.3 million ballots counted.

It was unclear when or how quickly a national winner could be determined. The latest vote counts in Michigan gave Biden a small lead, but it was still too early to call the race.

At the same time, hundreds of thousands of votes were still to be counted in Pennsylvania.

The margins were exceedingly tight in states across the country, with the candidates trading wins in battlegrounds.

Trump picked up Florida, the largest of the swing states, while Biden flipped Arizona, a state that has reliably voted Republican in recent elections.

The high-stakes election was held against the backdrop of a historic pandemic that has killed more than 232,000 Americans and wiped away millions of jobs. Both candidates spent months pressing dramatically different visions for the nation’s future, including on racial justice, and voters responded in huge numbers, with more than 100 million people casting votes ahead of Election Day.

Vote tabulations routinely continue beyond Election Day, and states largely set the rules for when the count has to end. In presidential elections, a key point is the date in December when presidential electors met. That’s set by federal law.

Several states allow mailed-in votes to be accepted after Election Day, as long as they were postmarked by Tuesday. That includes Pennsylvania, where ballots postmarked by Nov. 3 can be accepted if they arrive up to three days after the election.

Pennsylvania Gov. Tom Wolf said he had “promised Pennsylvanians that we would count every vote and that’s what we’re going to do.”

Democrats typically outperform Republicans in mail voting, while the GOP looks to make up ground in Election Day turnout. That means the early margins between the candidates could be influenced by which type of votes — early or Election Day — were being reported by the states.

Trump kept several states, including Texas, Iowa and Ohio, where Biden had made a strong play in the final stages of the campaign. Biden picked off states where Trump sought to compete, including New Hampshire and Minnesota. But Florida was the biggest, fiercely contested battleground on the map, with both campaigns battling over the 29 Electoral College votes that went to Trump.