Politics ANALYSIS: What The Election Results So Far Tell Us About The Latino Vote
Politics 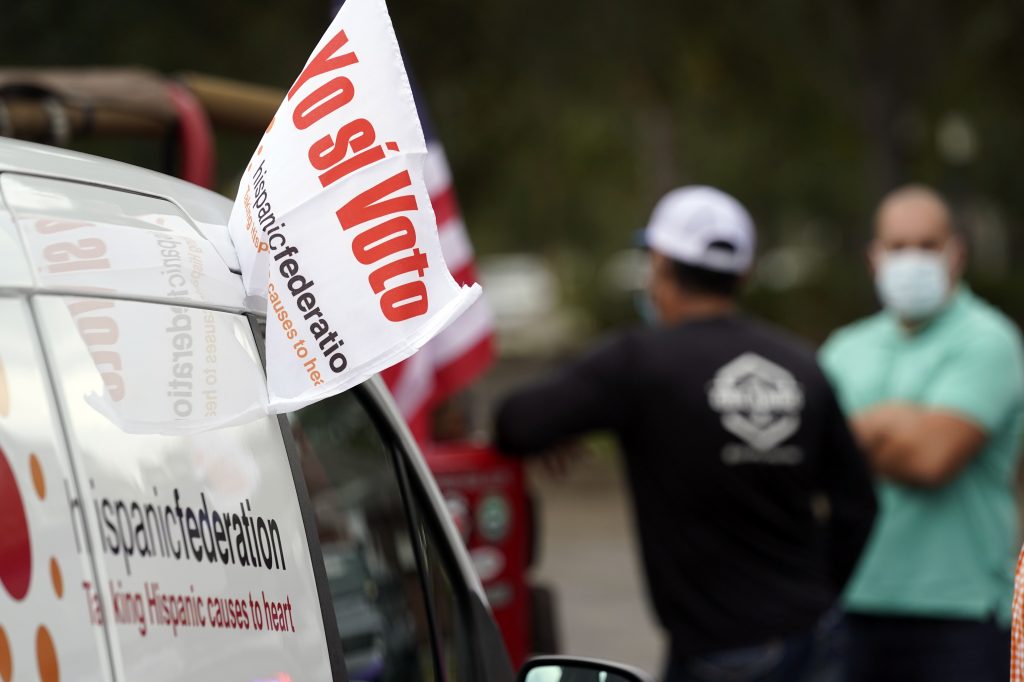 There was a fair amount of attention given before Election Day to what impact Latino voters would have on the presidential election.

Now that we know Florida and Texas went for President Donald Trump and Arizona is still not called, though it is leaning in former Vice President Joe Biden’s favor, one thing that is clear is that there is a lot left to learn about how Latinos in America engage in politics.

As of election night, Latinos went for Biden 2 to 1 in part because of Biden’s success with Latinos in Texas and Virginia, according to exit polls. If Biden wins Arizona, it will be in part because of the support of Latino voters there.

But there were major disappointments for Democrats with Latino voters elsewhere. Part of it has to do with the diversity of Latino experiences in America. The Washington Post’s Jose Del Real has reported on some of those distinctions over the past few months, and Florida’s result was a great illustration of what his reporting has found.

Trump won Florida, a state that backed him in 2016 and has frequently supported the GOP candidate, in part due to the support of Latino voters. His reputation with Cuban Americans, a conservative voting bloc on social and economic issues, is well known, in part due to the bloc’s fears about socialism growing in popularity on the left.

But we also might have seen Trump gain among Latinos who have immigrated from other Latin American countries. On election night, Trump was roughly even with Biden among Florida Latinos, according to early exit polls, after losing the influential voting bloc by 27 points in 2016 to then-Democratic nominee Hillary Clinton.

Early indicators are that Trump was effective in increasing his support among Latinos and perhaps particularly Latino men, a group the campaign targeted. The president spoke at prison graduation ceremonies, opened outreach centers in heavily Latino communities that neither party has prioritized, and harped on Biden’s role in backing legislation in the 1990s that helped increase the number of Latino men sent to prison.

But many Latino voters – particularly in Florida – appear to have swung for a candidate who launched his campaign attacking illegal immigrants entering the United States from Mexico. While they, too, come from Spanish-speaking countries in Latin America, their world views, politics and identities are quite different.

Florida is home to some of the United States’ largest Venezuelan, Colombian and Nicaraguan communities. And these voters often approach politics with fears and concerns about socialism – the political ideology that many think is responsible for the upheaval in their native countries – in the back of their minds. Trump’s tying Biden and the Democratic Party to socialism, seemed to work to the president’s benefit.

And as disgusted as many Americans continue to be with Trump’s personality, that’s simply not the case for Latino voters on the whole, perhaps especially Latino men. That group, which does not have a strong history of political participation, was motivated to turn out in part because of their attraction to Trump’s “strong man” approach to leadership. This has been true for many male voters across the board.

Rudolfo Peña, a construction worker in Phoenix, previously told The Post that Trump’s “willingness to fight back” against an increasingly leftward-moving Democratic Party is part of what made him back Trump in 2016 and again this year.

“It was what we were waiting for, literally for decades,” the 68-year-old registered Democrat said.

And Latinos who identify as white, a group that Trump won overwhelmingly in 2016 and is still on track to win, may be less sympathetic to the Black Lives Matter movement and attacks on white supremacy from liberal activists than other Latinos and people of color. This has been the case for many white voters, be they Latino, evangelical and/or non-college-educated.

Ballots are still being counted in states where Latino voters will help determine the outcome. But what is known is that the left’s lock on the Latino vote is less secure than some had hoped, and that there is still room for the GOP to improve its standing with a voting bloc that could be increasingly decisive in future elections.