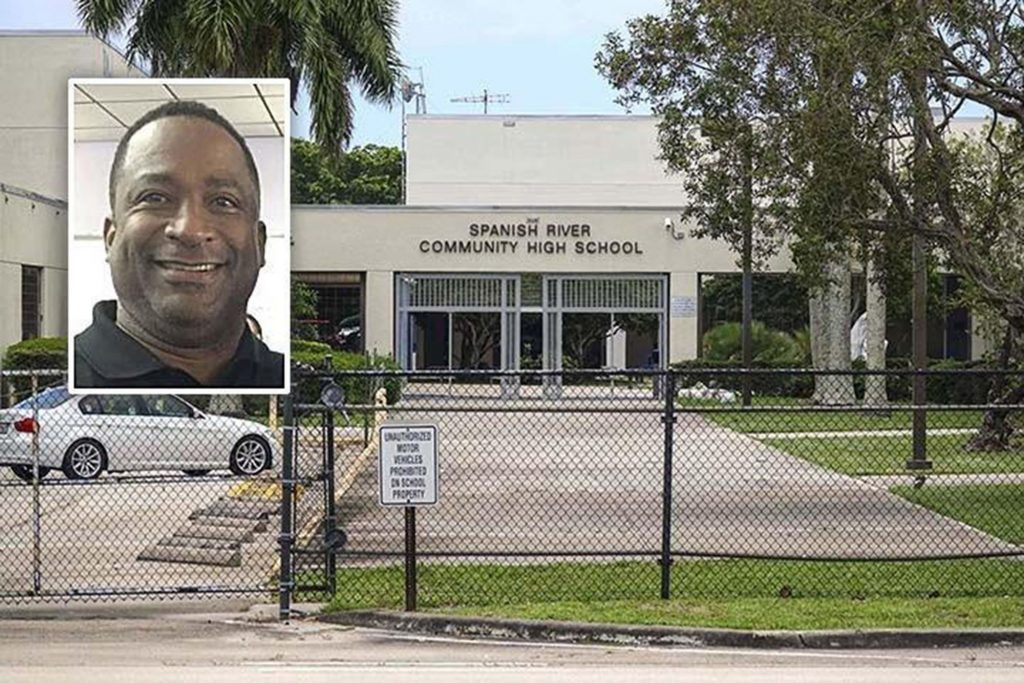 WEST PALM BEACH, Fla. (AP/Hamodia) – A Florida high school principal was fired again on Monday over a comment he made to a student’s parent last year regarding the Holocaust.

Latson was fired in October 2019 after sparking outrage when he told a parent he “can’t say the Holocaust is a factual, historical event” because he wasn’t in a position to do so “as a school district employee.”

He appealed his firing and an administrative law judge ruled in August that the school board had gone too far in firing him. That prompted the school board’s 4-3 vote to reinstate him last month.

On Monday, the board reversed course and voted 7-0 to fire Latson following outrage in the Jewish community, the Palm Beach Post reported.

Rabbi Efrem Goldberg of the Boca Raton Synagogue met with the local school superintendent as Mr. Latson’s re-appointment was being considered and helped lead a grassroots campaign against it.

“The only thing that changed between the vote to reinstate Latson and this week’s subsequent vote overturning it, was our public outcry,” he told Hamodia. “The bottom line is when we stand up, speak out, object, protest and express our outrage it makes a difference, it matters and it changes realities.”

A formal rejection of the recommendation to rehire Latson is expected to come via a “final order” in a separate vote Nov. 10, the newspaper reported.

“I am so at peace that I am going to rescind my vote from the Oct. 7 meeting,” board member Barbara McQuinn said as the meeting began. “What Dr. Latson did was open the door for the students whose parents are Holocaust deniers for generations to come to deny the atrocity of the Holocaust.”

The Germans under Nazi rule murdered 6 million Jews during the Holocaust. The Nazis also killed another 5 million people during World War II, including Slavs; Roma, also known as Gypsies; and people with disabilities.

The board initially agreed to fire last year Latson on ground of ethical misconduct and failure to carry out his job responsibilities. The official justification for his termination was failure to return messages from school district officials in the days after his comments made international news.

Latson was reassigned from the Boca Raton school to a district office job because of the outcry over his email to a mother who inquired whether the school’s students study the Holocaust.

Latson, who had been at Spanish River for eight years, replied to the mother that as an educator his job was to be “politically neutral.”

The mother, thinking Latson had expressed himself poorly, wrote back, saying, “The Holocaust is a factual, historical event. It is not a right or belief.”

Latson replied, “Not everyone believes the Holocaust happened.” He added, “You have your thoughts, but we are a public school and not all of our parents have the same beliefs.”

Rabbi Goldberg welcomed the board’s decision to dismiss Latson, but criticized their slowness to act.

“This story is about William Latson and our not tolerating Holocaust denial or any form of hate or prejudice,” he said. “It is also about the Superintendent, the School Board and others who could have handled this very differently for the last two years.