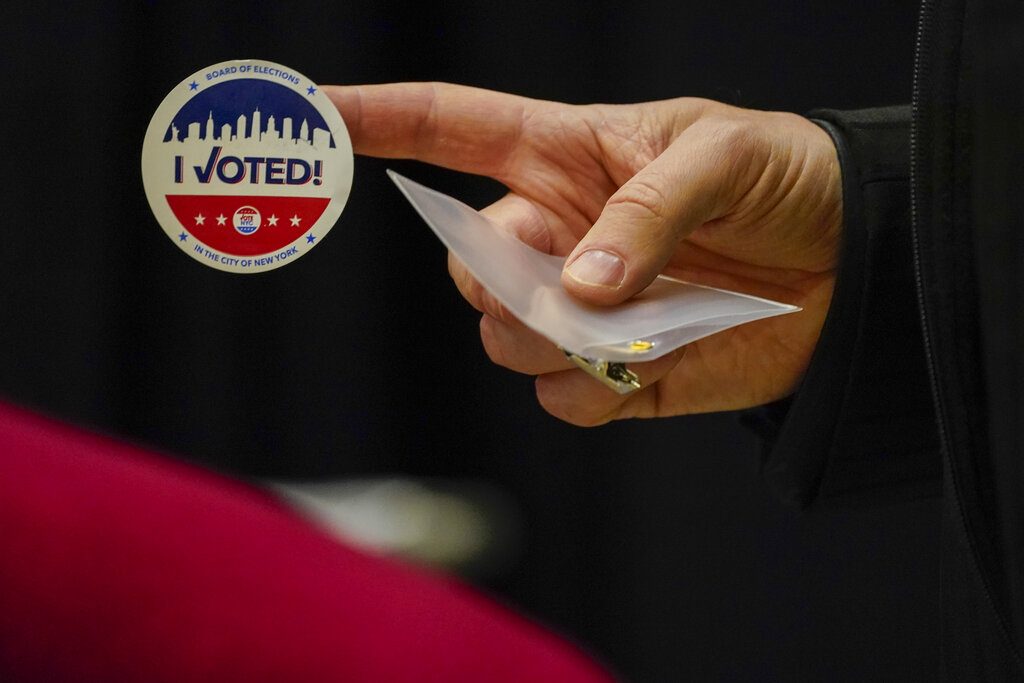 An unprecedented Election Day has gotten under way in New York, with polls now open statewide.

It’s unclear how crowded polling places will be Tuesday.

A record 3.5 million votes were cast in the state before the polls even opened Tuesday. That included at least 1 million absentee ballots and 2.5 million ballots cast in the early voting period that ended Sunday. Any ballots postmarked by Tuesday will be counted.

This is the first presidential election where New York has had early voting or widespread voting by mail.

A range of offices are on the ballot, including president, Congress and the state legislature. The results of some contests might not be known for days or weeks because of the time expected to count absentee ballots.