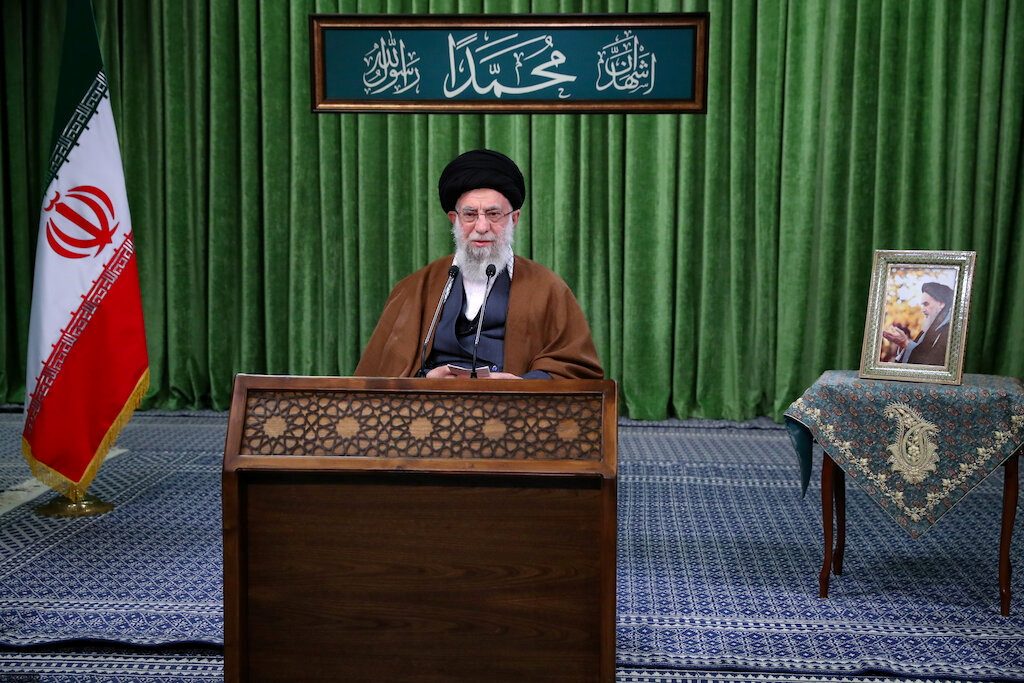 “Our policy towards the United States is clearly set and does not change with the movement of individuals. It does not matter to us who comes and goes,” Khamenei said in a speech carried live on state media.

Khamenei was speaking on the anniversary of the 1979 seizure of the U.S. Embassy in Tehran.

“The students’ attack on this den of spies was quite appropriate and wise,” Khamenei said, referring to radical Islamist students who stormed the embassy, taking hostage 52 staff for an eventual 444 days. There have been no U.S.-Iranian diplomatic relations since.

Iran this year canceled rallies and other events marking the embassy seizure because of concerns over the spread of the coronavirus which has killed about 36,000 people in the country, the worst hit in the Middle East.

The Democratic nominee, Joe Biden, has pledged to rejoin Iran’s 2015 nuclear deal with six powers if Iran returns to compliance with it.

In 2018 President Donald Trump abandoned the deal, under which Iran international financial sanctions on Iran were lifted in return for curbs to its nuclear program. Iran followed Washington’s rejection by reducing its compliance.

Iran’s Foreign Minister Mohammad Javad Zarif told U.S. network CBS on Monday that he wants the United States to rejoin the accord, but that “re-engagement does not mean renegotiation” because “if we wanted to do that, we would have done it with President [Donald] Trump four years ago.”

Zarif told CBS that “the statements by the Biden camp have been more promising, but we will have to wait and see.”

Trump has said he wants to strike a broader accord that would also address Iran’s missile program and regional activities. Iran has ruled out any negotiations unless Washington first returns to the agreement.