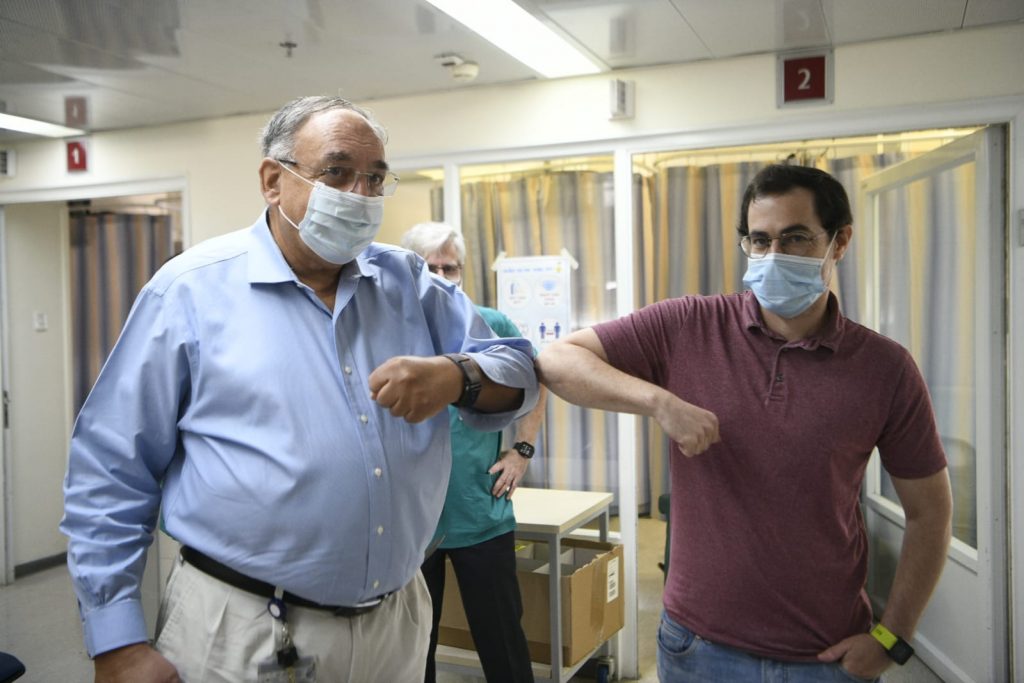 Israelis will be taking part in two additional coronavirus vaccine trials as well as the Israel Institute of Biological Research (IIBR) trial that started on Sunday, according to Eytan Ben Ami, head of early phase clinical trials at Tel Aviv’s Sheba Medical Center.

According to the hospital, Israelis will be selected to take part in vaccine trials being run by undisclosed companies in Australia and Europe. The trials are to begin within months, if not before.

“Many thousands of people will be participating in the trials,” Ben Ami told The Jerusalem Post. “We hope that in the very near future we will have various vaccine options for our population.” If the vaccines are proven safe and effective, the people who were inoculated with them will be immune to the virus.

The European trial, like the IIBR trial that began Sunday with two volunteers, is a Phase I/II trial. The Australian trial is in Phase III.

Ben Ami said that he expects the volunteers who will be recruited for these trials to be broader and more diverse than those recruited for the Phase I IIBR trial, which only includes healthy adults between the ages of 18-55.

Sheba will not be the only medical center participating in the trials, he said, but will join other hospitals around the world.

He said he does not foresee the Australian and European trials interfering with Israel’s own vaccine trial.

It is not uncommon for companies to look outside their own country for volunteers for such trials.

Sheba has never taken part in a vaccine trial before the coronavirus.