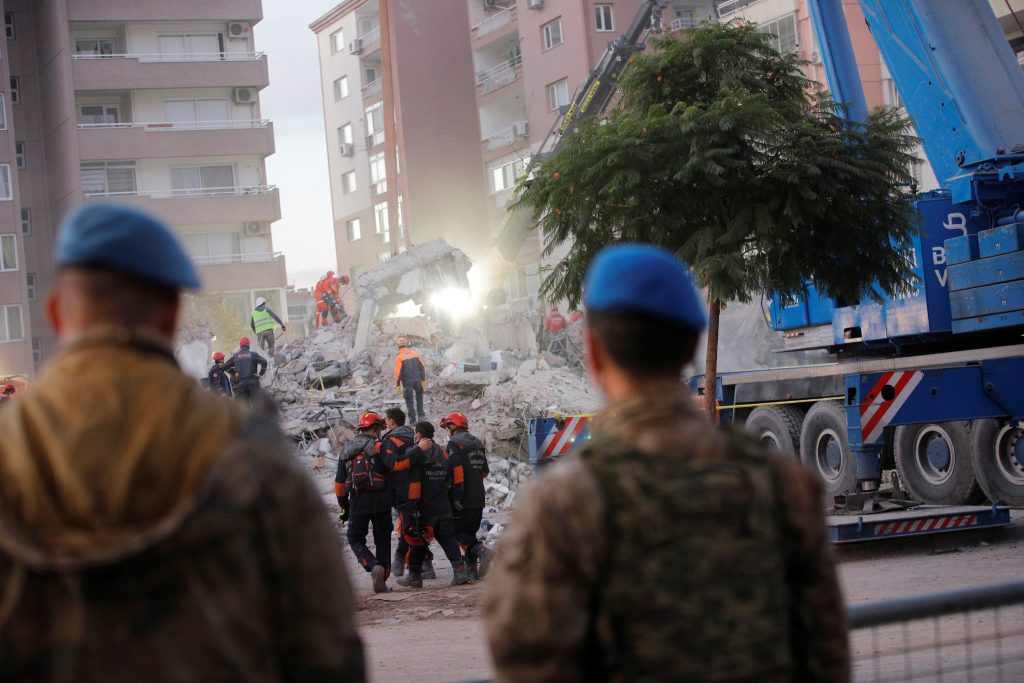 A young girl was rescued from the rubble of a collapsed building in the western Turkish city of Izmir on Tuesday, more than 90 hours after a deadly earthquake in the Aegean Sea killed at least 104 people.

Rescuers heard Ayda Gezgin’s screams from under the rubble and managed to pull her out hours later, taking her out on a stretcher as emergency teams continued to search five apartment blocks for survivors.

Images showed Ayda’s father embracing her after she was found under the debris, covered in dust. Crowds in the area applauded rescue workers after they carried away the young girl, whose age was variously given as three or four years old.

“She smiled, she was waiting for us,” said Levent Onur, one of the rescue workers pulling Ayda out, adding the child had been stuck behind a washing machine which shielded her from injury.

Friday’s earthquake in the Aegean Sea was the deadliest to hit Turkey in nearly a decade, with 102 people killed in Izmir and two teenagers on the Greek island of Samos, according to Turkey’s Disaster and Emergency Management Authority (AFAD).

The quake injured 1,026 people, with 143 still receiving treatment in Izmir, AFAD said. More than 3,500 tents and 13,000 beds are being used for temporary shelters in Turkey, where relief efforts have drawn in nearly 8,000 personnel and 25 rescue dogs, the agency said.

Istanbul-based Kandilli Institute said Friday’s quake had a magnitude of 6.9. There have been 1,475 aftershocks, AFAD said.

Turkey is crossed by fault lines and is prone to earthquakes. More than 500 people were killed in a 2011 quake in the eastern city of Van, while another in January this year killed 41 people in the eastern Province of Elazig.

In 1999 two powerful quakes killed 18,000 people in northwestern Turkey. AFAD said Friday’s earthquake had a magnitude of 6.6, with some 1,400 aftershocks.