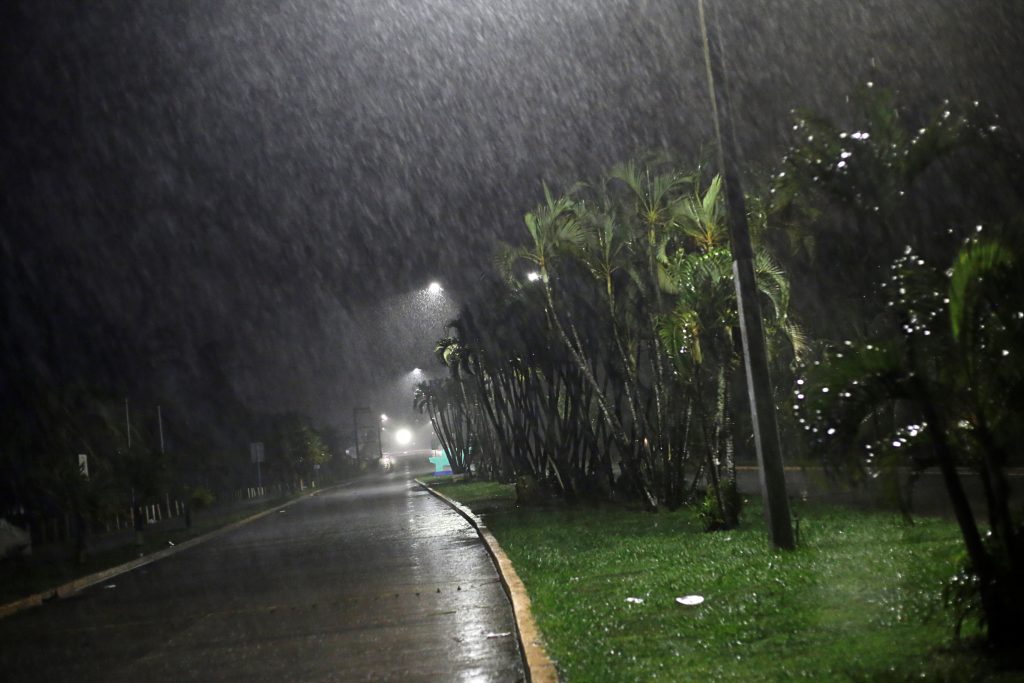 Hurricane Eta was due to slam into Nicaragua’s Caribbean coast on Tuesday morning, hitting one of the country’s poorest areas, while heavy rains across Central America stoked fears of deadly floods.

According to the latest NHC forecast, winds could reach up to 150 miles per hour (241.4 kph) by the time Eta makes landfall in coming hours, NHC said.

The storm is primed to hit the port city of Puerto Cabezas, in the northern indigenous regions that are some of Nicaragua’s poorest. Many people in surrounding areas live in wooden homes that stand little chance against such a powerful storm.

By 3 a.m. local time in Nicaragua on Tuesday, Etna was 25 miles east of Puerto Cabezas, churning west-southwest at five mph and blowing sustained winds of 150 mph, the NHC added.

Some in Nicaragua are bracing for bad news. Late on Monday, Javier Plat, a local Catholic priest, told Reuters there was a city-wide power outage and government-arranged shelters had reached capacity.

“This city of 70,000 people is very vulnerable. We have houses made of wood and adobe, the infrastructure of the residential houses is our main vulnerability,” Plat told Reuters.

Nicaragua on Monday evacuated at least 3,000 families, including fishermen who live in the most vulnerable villages on the Atlantic coast, Nicaraguan officials said.

The storm is forecast to move inland over northern Nicaragua through Wednesday morning and then hit central Honduras on Thursday. Once it clatters into the mountains of Nicaragua and Honduras, it should weaken rapidly, NHC said.

The NHC had warned that “life-threatening storm surge, catastrophic winds, flash flooding and landslides” were expected across chunks of Central America.

Eta is one of the most powerful hurricanes to hit Nicaragua in years and may test President Daniel Ortega, who presides over one of the poorest countries in the Americas.

Ortega’s government had issued red alerts in several regions in the path of the hurricane. On Monday, several ports in neighboring Honduras, where the government had carried out evacuations, were forced to shut amid reports of floods.

Eta is the 28th named tropical storm of the 2020 Atlantic hurricane season, tying an all-time record set in 2005, the NHC’s Tropical Analysis and Forecast Branch said.