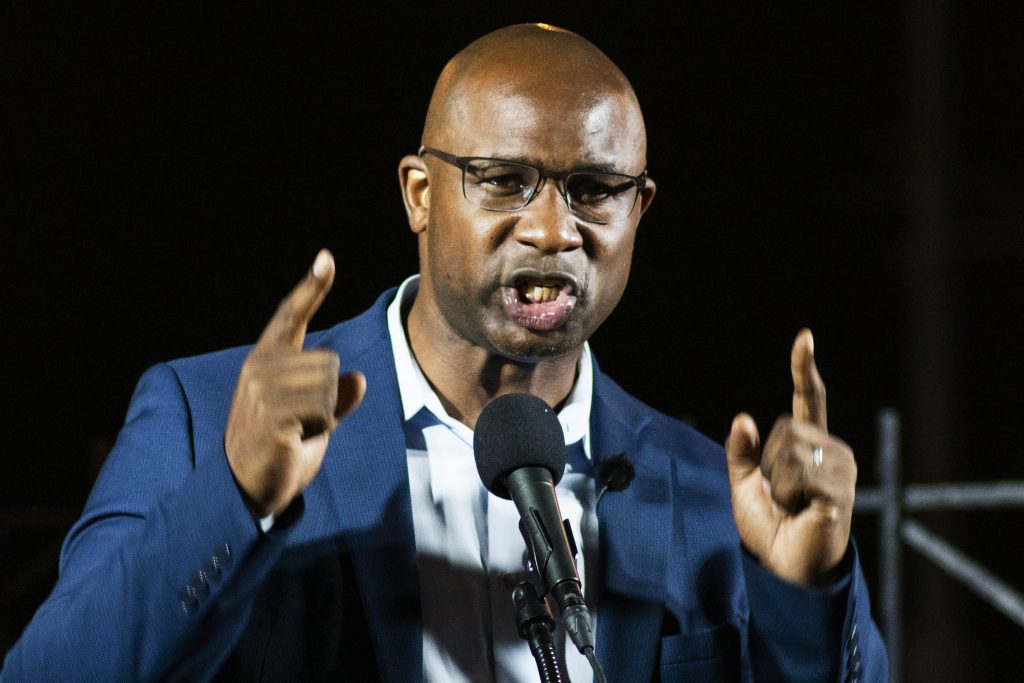 An unprecedented election reaches its climax Tuesday, and while all eyes are on the polarizing presidential race, pandemic-scarred New Yorkers will also finish casting their votes in battles for control of Congress and the state legislature.

No matter who wins, history will be made in an election where in-person campaigning was limited, volunteers couldn’t go door-to-door to get out the vote and Zoom calls replaced head-to-head debates.

New York State Republicans will try to recapture seats in the congressional delegation that the party lost two years ago. Democrats, meanwhile, have hopes of winning a two-thirds supermajority in the state Senate, which could move the state further to the left.

In many contests, results are unlikely to come on election night. A record number of votes have been cast by mail and the state’s rules for counting those absentee ballots mean it could take weeks before results are finalized.

At least a record 3.5 million votes were cast in New York’s election before the polls even opened on Election Day.

About 2.5 million people voted in person during early voting, which was offered in the state for the first time in a presidential race. More than 1 million ballots had been cast by mail as of last Friday, according to state elections officials.

Winners in some New York congressional contests in the state’s June primary were not declared for weeks because of the volume of absentee ballots cast as voters stayed home to avoid potential risks connected to the coronavirus pandemic.

Similar waits for results were expected in close races for several New York House seats, including some that flipped from the Republican to the Democratic column in 2018 — and that Republicans have been hoping to flip back.

Democrat Max Rose is trying to win a second term in a battleground district that includes all of Staten Island and a slice of Brooklyn. He’s in a tough fight with Republican challenger Nicole Malliotakis, a member of the State Assembly who unsuccessfully ran for mayor in 2017.

Former U.S. Rep. Claudia Tenney, a Republican voted out of office in 2018, is trying to reclaim her seat in central New York from the Democrat who beat her, U.S. Rep. Anthony Brindisi.

There’s less suspense about results in the 14th Congressional District, where the 31-year-old incumbent, Ocasio-Cortez, is widely expected to win. Her little-known Republican challenger John Cummings, a teacher and former police officer, has spent more than $8.5 million on the race with fundraising buoyed by out-of-town conservatives.

One district to the north, in parts of the Bronx and Westchester County, former middle school principal Jamaal Bowman is also poised for victory after defeating long-time U.S. Rep. Eliot Engel in the Democratic primary. He has no Republican opponent in the race but faces Patrick McManus, a former police officer and firefighter, running on the Conservative Party line.

In state legislative races, Democrats were seeking veto-proof supermajority in the State Senate two years after they won control of the chamber for the first time in decades.

Democrats hold 40 seats in the 63-seat Senate. They need only two more to achieve a two-thirds supermajority. The party already holds a supermajority in the State Assembly.

The consolidation of Democratic control in both houses could alter the balance of power between the legislature and Gov. Andrew Cuomo, a moderate Democrat who would be unable to veto progressive legislation affecting taxes, law enforcement and other issues.