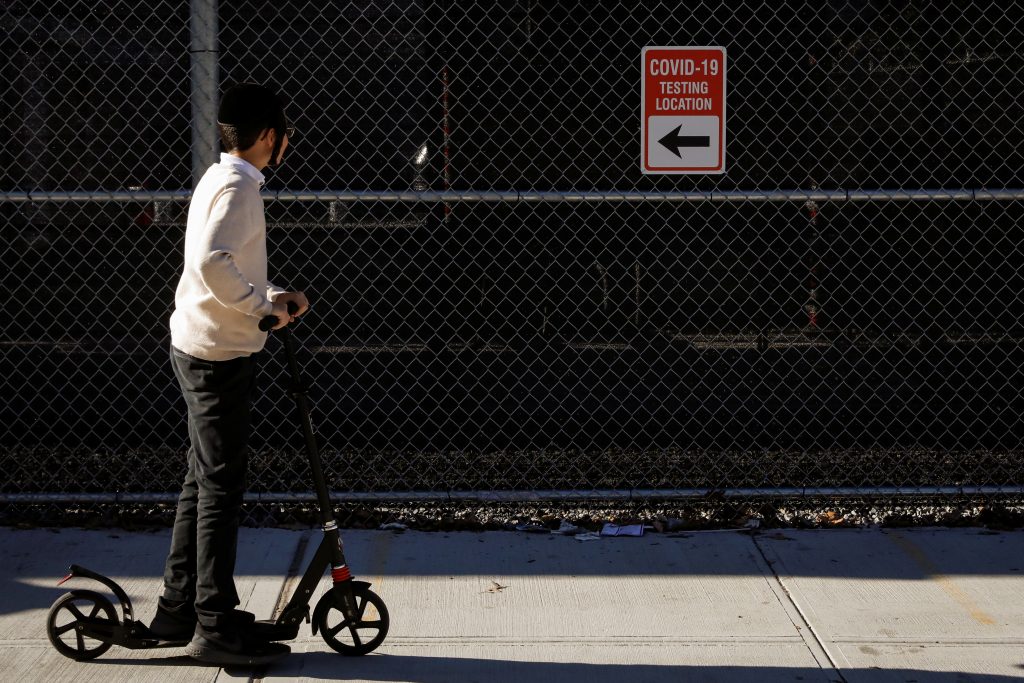 Just under 50,000 New Yorkers tested positive for COVID-19 in October, roughly double the number who got the virus in September, according to state statistics.

The increase mirrored one that has happened across the U.S. and in other nations this autumn, as people have relaxed their guard against the disease and returned to schools, shops, restaurants and other indoor activities.

Gov. Andrew Cuomo noted that the rise in New York has been slower than in some other states. But he cautioned that there are “danger signs all around us.”

In early October the state tried to limit the spread of the virus by limiting public gatherings and ordering businesses and schools to close in a small number of virus hotspots. Since then, the average number of New Yorkers testing positive each day has increased by more than 50 percent, as has the number of people hospitalized with the virus.