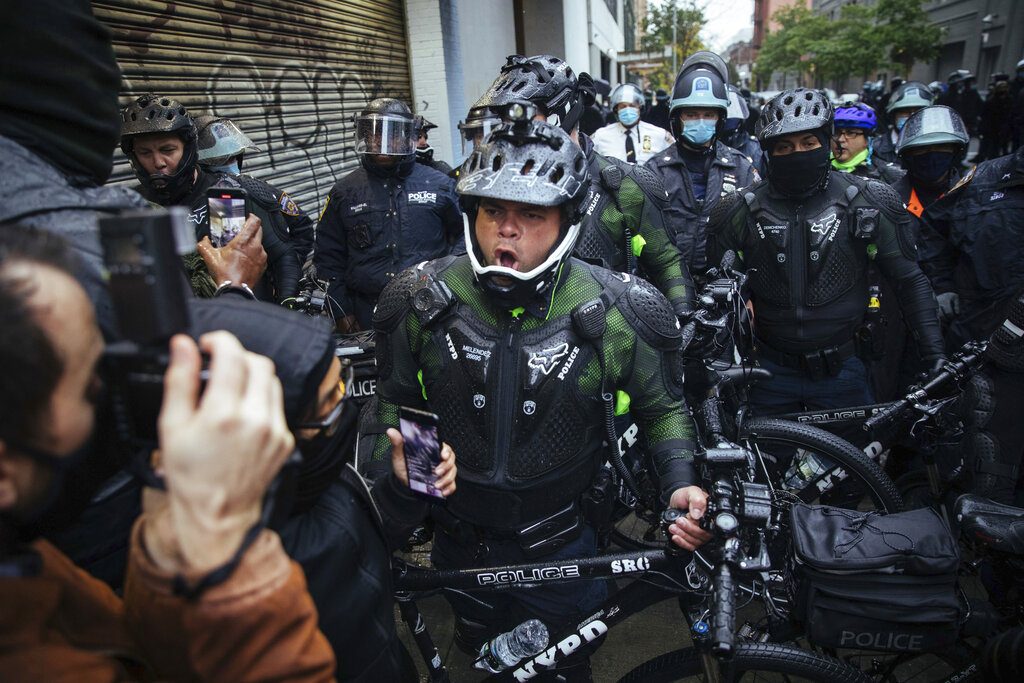 On Sunday, New York police officers made 11 arrests in the Manhattan neighborhood of Chelsea as anti-Trump demonstrators scuffled with them in an attempt to reach pro-Trump car caravans.

The New York Post reported that police officers in riot gear closed off the street and shoved at the protestors, who shouted insults at them.

The Trump caravan itself avoided Manhattan, and shut down traffic on the Mario Cuomo Bridge. A separate Trump caravan of cars, including many from Lakewood, blocked the Garden State Parkway.