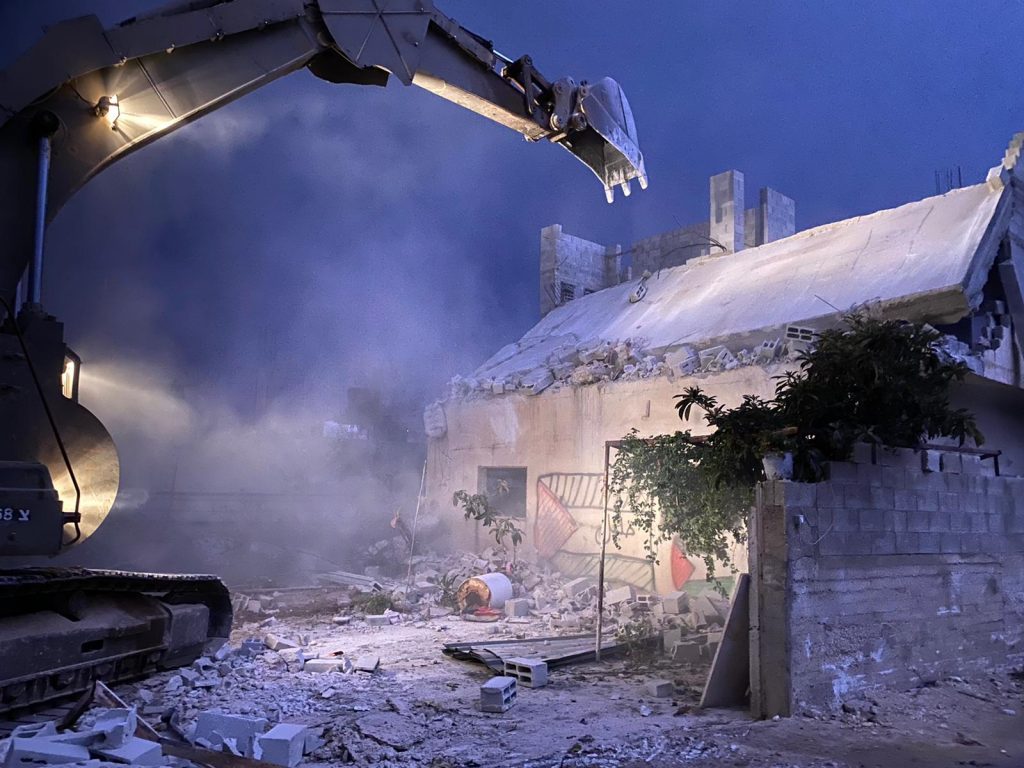 The IDF on Sunday night razed the home of the Palestinian terrorist who killed Rabbi Shai Ohayon, Hy”d, in a stabbing attack in Petach Tikvah in August.

Rabbi Ohayon, a 39-year-old father of four, was found unconscious near the Segula Junction with multiple stab wounds and was pronounced dead shortly thereafter.

A manhunt for the killer was launched immediately, resulting in the arrest of 46-year-old Khalil Doikat of Rujeib, a Palestinian town near Shechem. Doikat held an Israeli work permit, allowing him to travel freely across the country.

He was found in the possession of a bloodstained knife, believed to be the murder weapon. Doikat was charged with Rabbi Ohayon’s murder in September.

Sunday’s demolition was carried out after the High Court denied an appeal by Doikat’s family to stop it.

Some 150 Rujeib residents clashed with Israeli security forces, burning tires and hurling firebombs and stones at the IDF troops, who responded with crowd control measures.

The defense alleged that Doikat suffers from mental disorders and had been treated by Palestinian health officials in Shechem. He had no history of violence or terrorist activities prior to the attack, nor is he affiliated with any terrorist group, they claimed.