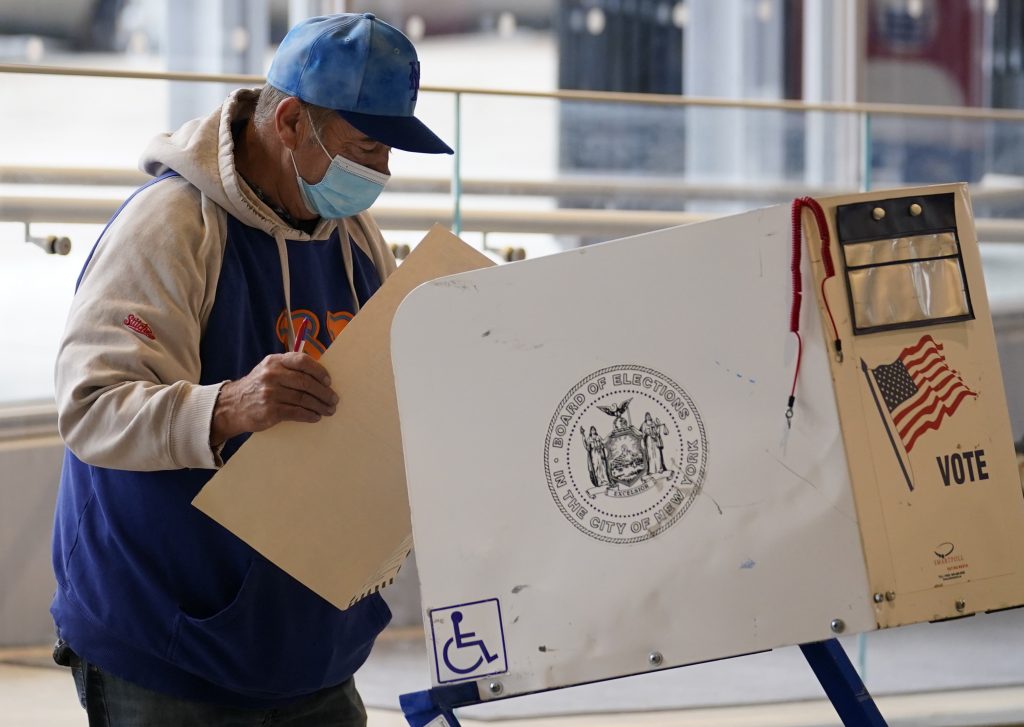 New Yorkers reported wait times of a half hour or less at many polling places and posted pictures of early voting stickers to social media. The New York City Board of Elections shared a photograph of a 100-year-old voter casting a ballot and wearing a mask.

On top of the early voting numbers, more than a million voters have already returned absentee ballots, elections officials said, bringing the total number of votes cast prior to Sunday’s tally at nearly 3.3 million. That’s nearly 42% of the total vote in the 2016 presidential election.

Absentee ballots must be postmarked by Nov. 3 to be counted.

Lines for early voting appeared shorter on Sunday than several days last week, when the state was criticized for having too few voting locations. On Tuesday, New York City Mayor Bill de Blasio waited 3-½ hours to cast his ballot at his Brooklyn polling location.

This was the first time New York has allowed early voting in a presidential election. Early voting ended Sunday afternoon and New York doesn’t offer the option on Monday. People can vote in person at the polls on Election Day.

Jarret Berg, an attorney and a co-founder of the nonprofit Vote Early New York, said early voting proved “indispensable.” The state was fortunate it “came when it did,” he added, “as it had been proposed for over a decade but enacted only in 2019 with overwhelming pressure from advocates and the public to modernize New York’s antiquated elections.”

“What’s clear is that early voting is here to stay and that process of modernization has only just begun,” Berg said.

There are 280 early polling sites statewide, including 88 in New York City. In 35 counties, there is only one early voting site.

The rush to vote is leading election experts to predict a record 150 million votes cast nationwide, with turnout rates higher than in any presidential election since 1908.

New York’s overall turnout was projected to top two-thirds of 12 million registered voters. The state did not allow early voting in 2016.