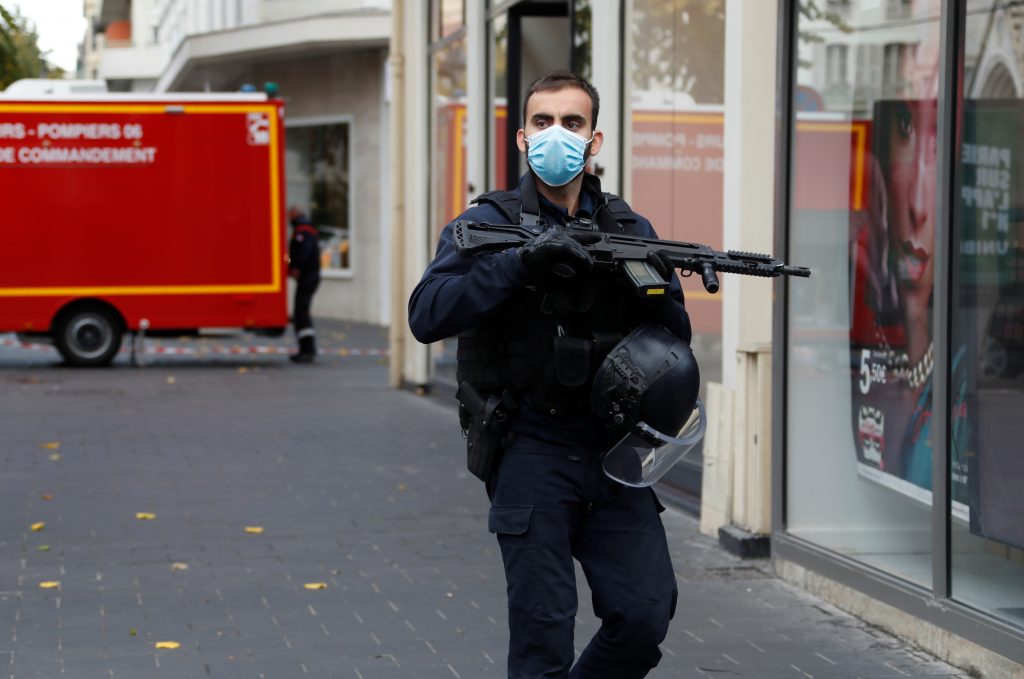 Two more men were arrested in connection with a knife attack that left three dead at a church in Nice, bringing the number of people in custody to six as investigators look at the suspected terrorist’s last known contacts, a French police source said.

The latest arrests took place on Saturday, the source said.

An assailant shouting “All-hu Akbar” beheaded a woman and killed two other people in a church in Nice on Thursday, in France’s second deadly knife attack in two weeks with a suspected Islamist motive.

The suspected attacker, a 21-year-old from Tunisia, was shot by police and is now in critical condition in a hospital.

The latest arrests in the case involved two men from the town of Grasse, near the southern French coast close to Nice, BFM news channel reported.

France’s chief antiterrorism prosecutor has said the man suspected of carrying out the Nice attack had arrived in Europe on Sept. 20 in Lampedusa, the Italian island off Tunisia.

Investigators in Italy are also stepping up inquiries about the suspected assailant’s movements and contacts on the island of Sicily. They believe he may have spent time there after going from Lampedusa to Bari in early October on a ship used to quarantine migrants, judicial sources said.

In Bari, he is believed to have been handed an expulsion order obliging him to leave Italy within a week, the judicial sources said. Investigators are looking into the possibility the suspected attacker stayed in the Sicilian town of Alcamo for a 10-day period, the sources added.