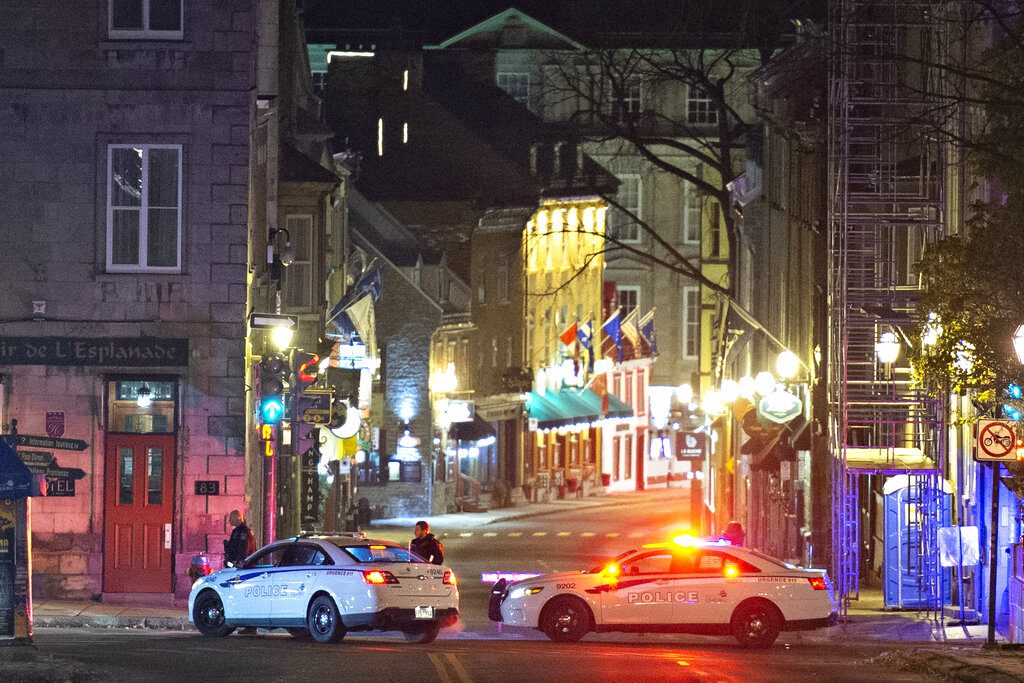 A man dressed in medieval clothing and armed with a sword was arrested Sunday on suspicion of killing two people and injuring five others on Saturday night near the historic Château Frontenac hotel in Quebec City.

Quebec police said their initial information indicates the 24-year-old suspect’s motive was personal and not terrorism.

Quebec City Police spokesman Robert Pigeon said the suspect made a threat of violence in 2014.

“That information would have been revealed in a medical context over five years ago. It was not something that was in a criminal record,” Pigeon said.

Quebec City Mayor Regis Labeaume said Canada needs to have a debate about how to deal with mental illness.

Police had earlier warned residents to remain indoors as they hunted for the man armed with a bladed weapon. They later described the weapon as a katana.

Police were first notified of the stabbings near the National Assembly shortly before 10:30 p.m. Saturday.

The five injured victims were taken to a hospital. “Some have very significant lacerations but we do not fear for their lives,” Pigeon said.

Pigeon said the suspect is from the Montreal area. Police were searching his car and residence. He was due to make a video court appearance later Sunday.

Police have asked any potential witnesses to contact them.

“Quebec is waking up after a night of horror. Words fail me to describe such a tragedy. I offer my condolences to the families of the victims,” Quebec Premier Francois Legault tweeted.

Police declined to give any information about the two people who were killed.

The area around the Chateau Frontenac, the towering landmark of the walled old city, is usually bustling with tourists in normal times.