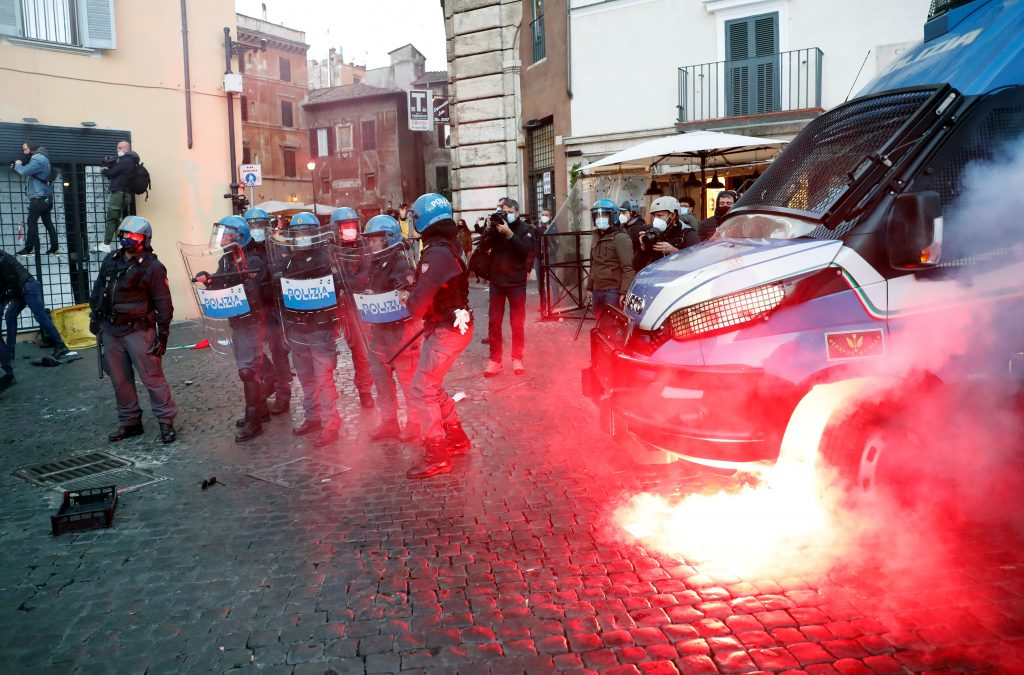 Italy’s health minister said on Sunday that new data on the coronavirus was “terrifying” and the country had two days to approve further restrictions to curb its spread.

On Saturday, Italy recorded almost 32,000 new coronavirus cases, its highest daily record since the start of the crisis, and just under 300 deaths. The total number of people who have died due to COVID-19 in Italy stands at 38,618.

“We have 48 hours to try to approve a further tightening [of the rules], there are too many people around,” Health Minister Roberto Speranza was quoted as saying by daily Corriere della Sera.

A new lockdown, although not as extended as the one imposed in March, appeared to be the only option to curb numbers, he said, but there were still doubts over how to manage schools and improve conditions on public transport.

“The epidemiological curve is still very high. What worries me the most is the absolute data, which shows a terrifying curve,” Speranza said.

Last week the coalition government led by Prime Minister Conte imposed restrictions on business activity, ordering restaurants to close at 6 p.m. and shutting gyms to try to halt a rapid resurgence in the coronavirus.

Many cities and regions, including Lombardy, which has borne the brunt of Italy’s contagion, also adopted local curfews.

Conte has repeatedly said he wants to avoid a new national lockdown that would further hurt the fragile economy, but the newly approved rules have so far proved to be insufficient to rein in contagion.

On Sunday, the government was meeting representatives from the regional government and the opposition parties. A decree which could limit travel between regions, impose local lockdowns in areas with a high contagion rate and increase the use of home-schooling is expected to be announced as early as Monday.