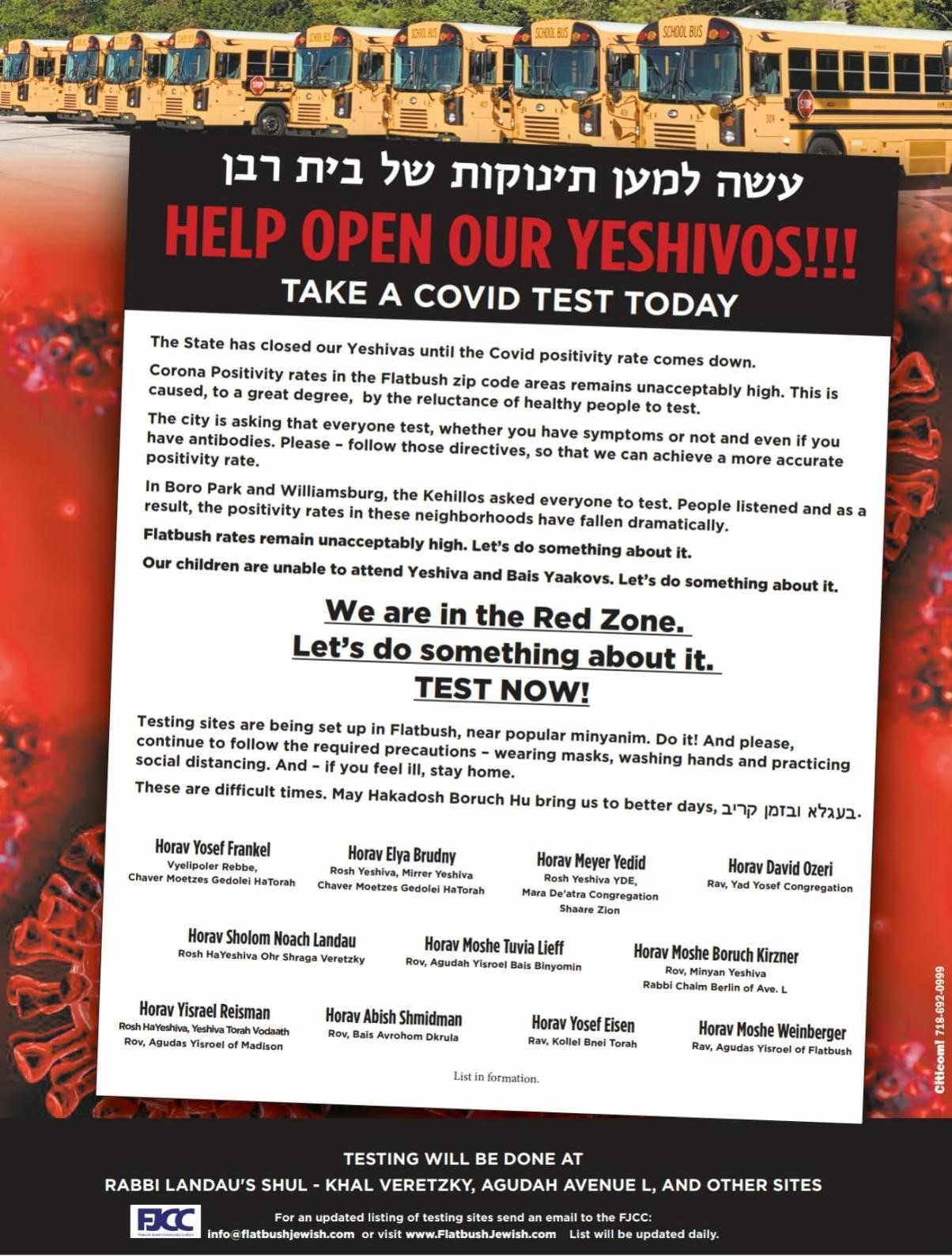 The Flatbush Jewish Community Coalition facilitated several meetings of Flatbush Rabbonim which were convened for guidance in dealing with the Red Zone restrictions.

With the welcome news late Friday afternoon that Governor Cuomo is allowing schools whose students test negative to reopen, the FJCC has coordinated with Yeshivos, Bais Yaakovs and shuls to schedule COVID testing throughout the Flatbush community.

The positivity rate, which is the metric used by the city and state governments to decide closures in various areas, are based on the percent of positive results of tests administered and not on percent of positives in relation to the population of the area. Because of the manner in which they were calculated, despite the lack of many positive cases in Flatbush, the low amount of negatives resulted in high positivity rates which contributed to the neighborhood being declared a red zone.

The Rabbonim asked that people increase their testing to once a week in the hope and expectation that the increased number of negative results will reduce the positivity rate and help the neighborhood exit the red zone and its burdensome restrictions. 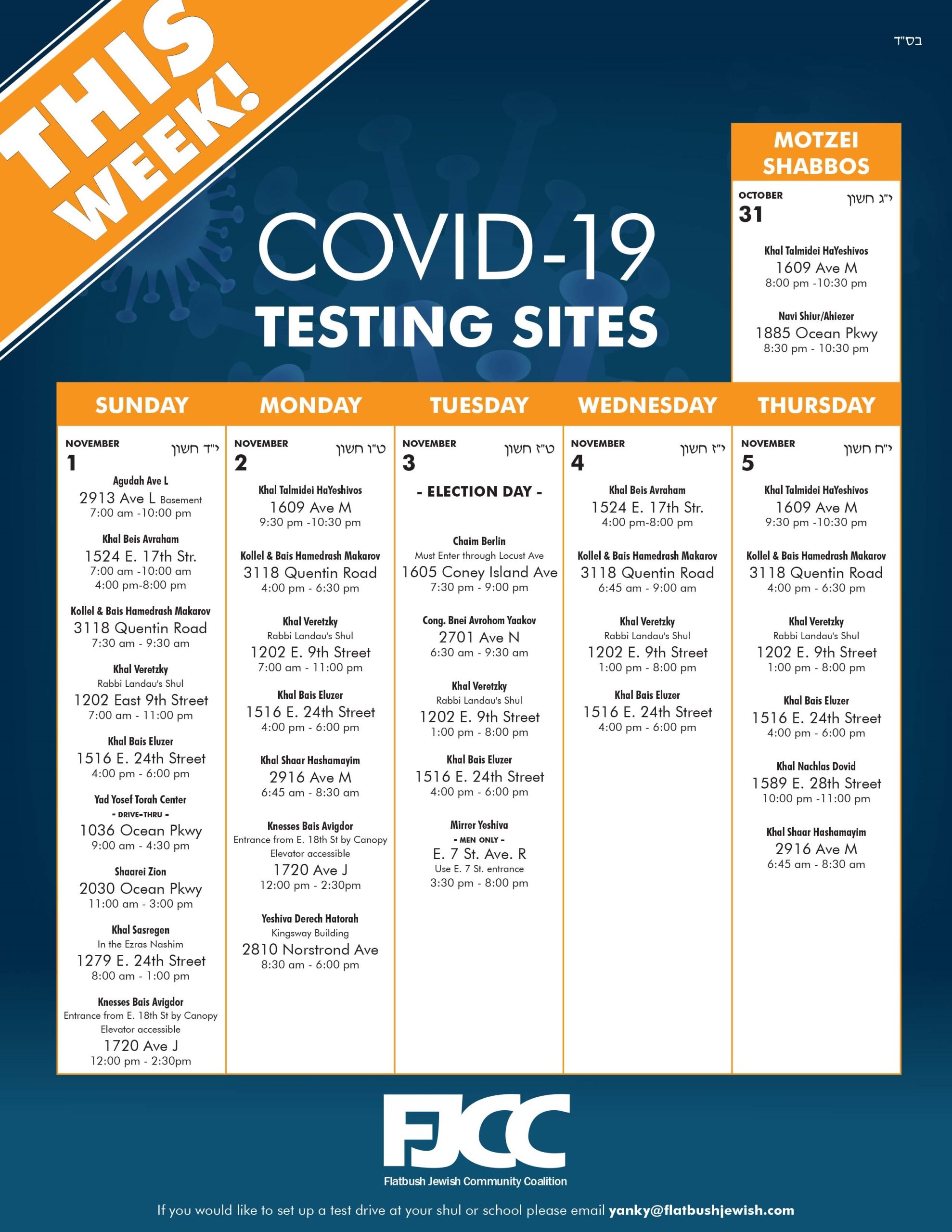