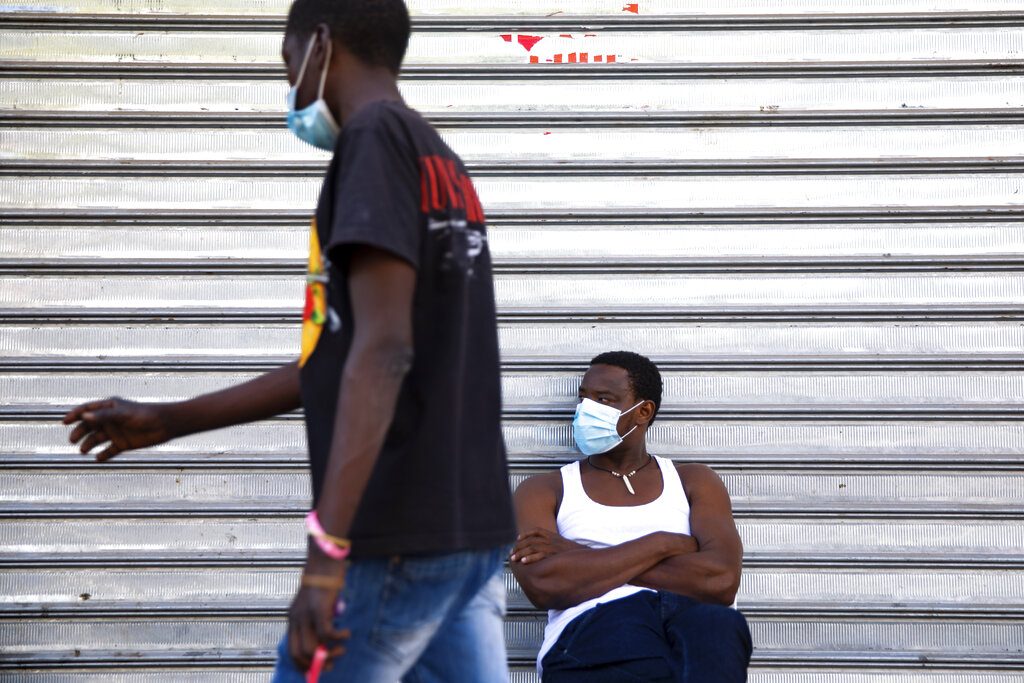 The agreement of Israel and Sudan to normalize ties has caused alarm among some 6,000 Sudanese asylum-seekers in Israel who fear that they might be forcibly returned to their home country.

“If I return tomorrow or the day after when there is the official peace they are talking about, something awaits me there, and that’s danger,” said Baraka, 25, who says he fled Janjaweed militia attacks on his village in Darfur at the age of nine.

Israel considers the vast majority of the migrants to be job seekers and says it has no legal obligation to keep them. The Africans say they are asylum seekers who fled for their lives and face renewed danger if they return. Many come from Darfur and other conflict-ridden regions.

Sudan’s former leader, Omar al-Bashir, has been charged with genocide for a campaign of mass killings that took place in Darfur under his watch. The area still experiences tribal clashes and rebel violence.

Over the years, Israel has detained thousands of migrants in remote desert facilities, left thousands of asylum requests open and offered cash payments to those who agreed to move to third African countries.

It also has built a barrier along the border with Egypt that stopped the influx and reached a deal with the U.N. to resettle thousands of migrants in Western countries while allowing thousands of others to remain in Israel — though the deal was quickly scrapped under pressure from anti-migrant activists and legislators.

The migrants’ presence has long divided the country. Their supporters say Israel, a country founded upon the ashes of the Holocaust and built up by Jewish refugees, should welcome those seeking refuge. Opponents claim the migrants have brought crime to the low-income south Tel Aviv neighborhoods where they have settled. Some Israeli politicians have labeled them infiltrators, with one calling them “a cancer” threatening the country’s Jewish character.

Publicly, Israeli leaders have been guarded about their plans. On Sunday, Israeli Prime Minister Binyamin Netanyahu said Israeli and Sudanese delegations would soon meet to “discuss cooperation in many fields, including in the field of migration.” A spokeswoman for Israel’s Interior Ministry declined to comment.

A top Sudanese military official with direct knowledge of the early contacts with Israel said the matter of returning the migrants has not yet been discussed. He spoke on condition of anonymity because he was not authorized to discuss the matter in public.