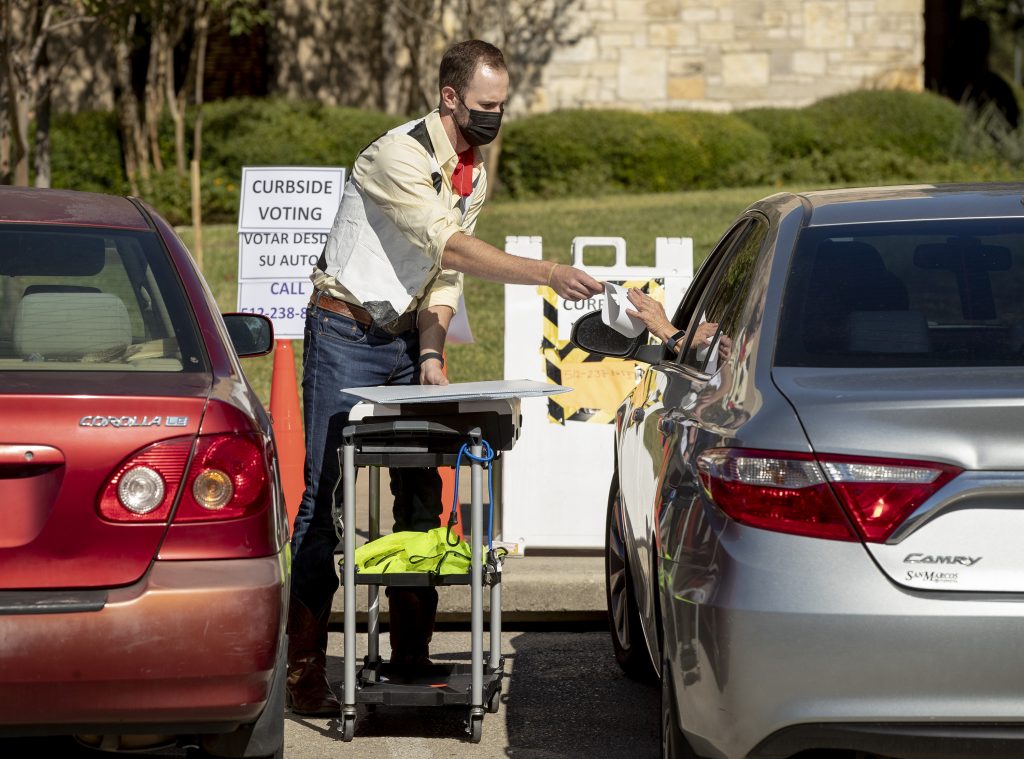 A federal judge in Texas scheduled an emergency hearing for Monday on whether Houston officials unlawfully allowed drive-through voting and should toss more than 100,000 votes in the Democratic-leaning area.

In a brief order, U.S. District Judge Andrew Hanen in Houston on Friday agreed to hear arguments by a Republican state legislator and others that votes already cast at drive-through voting sites in the Houston area should be rejected.

The lawsuit was brought on Wednesday by plaintiffs including Steve Hotze, a conservative activist, and state Representative Steve Toth. They accused Harris County Clerk Chris Hollins, a Democrat, of exceeding his constitutional authority by allowing drive-through voting as an alternative to walk-in voting during the coronavirus pandemic.

Harris County, home to about 4.7 million people, is the third most populous county in the United States. It currently has 10 drive-through polling sites, which are available to all voters.

The lawsuit came after the Texas Supreme Court, one of the most conservative state courts in the United States, rejected similar bids to halt drive-through voting in Harris County.

The plaintiffs ask the court to “reject any votes it finds were cast in violation of the Texas Election Code” and “requir all memory cards from the 10 drive-thru voting locations be secured and not entered or downloaded into the Tally machine until this Court issues an order on this Complaint.”

Hanen was appointed by President George W. Bush, a Republican.

The request is “wholly unreasonable,” Democratic groups, including the Democratic Congressional Campaign Committee, said on Friday in a motion asking to intervene in the case.

“Plaintiffs ask this Court to throw Texas’s election into chaos by invalidating the votes of more than 100,000 eligible Texas voters who cast their ballots at drive-thru voting locations at the invitation of county officials and in reliance on the Texas Supreme Court’s decision to allow drive-thru voting to proceed,” the groups said.