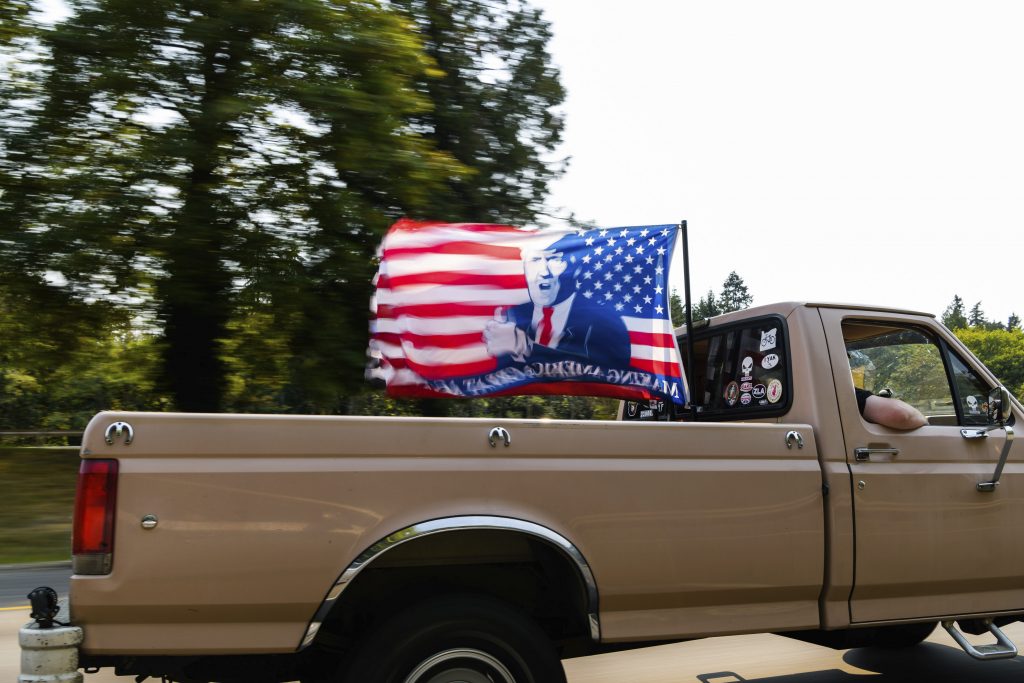 With only days left before Election Day, supporters of President Trump are organizing vehicle caravans to circle the interstate highways across the country as a sign of support for Trump’s re-election, including a procession in the New York City area.

Trump supporters plan to gather on Sunday, Nov. 1, just two days before the nation chooses their leader on Nov. 3, in a show of solidarity and strength. Motorists will gather in numerous geographic locations and travel together, displaying signs and flags in support of President Trump’s re-election campaign.

The organizers, who bill themselves as “MAGA Drag Interstate” write that they “hope to spread a message of hope, unity, and patriotism,” and “will gather together and organize into rolling flag parade caravans within their States.”