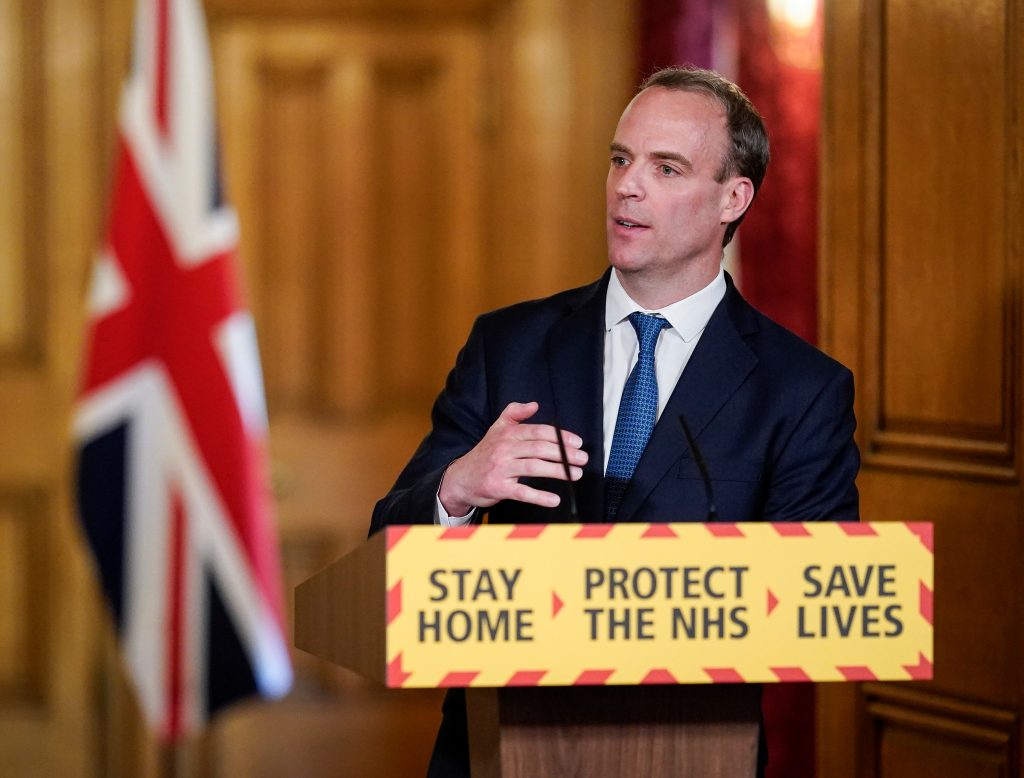 A national lockdown in England is not inevitable to contain an increase in COVID-19 cases, British Foreign Minister Dominic Raab said on Friday, adding that a localized approach could work if everyone stuck to the rules for their area.

Britain has recorded over 20,000 new cases a day on average over the last week, and an average of over 200 deaths a day in the same time frame.

Raab said he thought the situation was serious, but that he was confident in the government’s approach.

Asked whether a national lockdown was now inevitable, Raab said: “No, I don’t think that is right, but what we are guided by is the rate of the virus.

“We’ve seen some evidence since we started putting in place this tiered approach that the rate of increase has slowed,” Raab told BBC.

The government has adopted a three-tiered system of restrictions for local areas, though the opposition Labour party has called for a temporary lockdown to break chains of infection.

On Friday the government said West Yorkshire, which includes the northern cities of Bradford, Leeds and Wakefield, would enter the top tier of restrictions from Monday.

Raab said that a localized approach was the way to ensure that low-incidence areas were treated fairly, and said that everyone should follow local restrictions.

That is the way we avoid the more drastic measures that we don’t want to take because of the impact they would have on the economy,” Raab said.