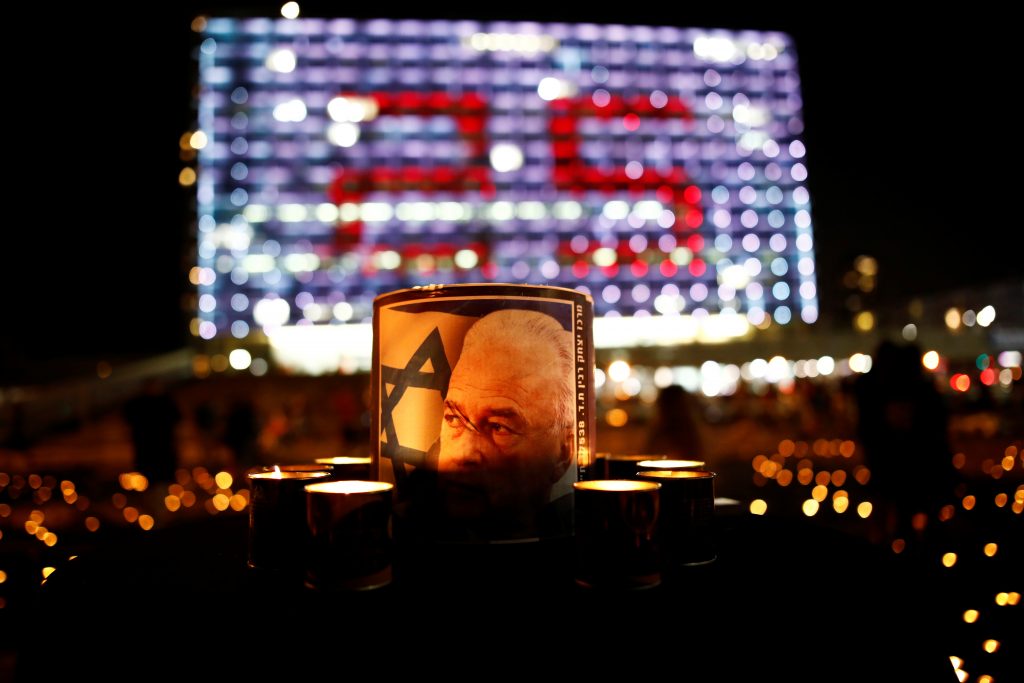 Israeli Prime Minister Binyamin Netanyahu‏‏ drew angry protests from opposition MKs during a memorial session in the Knesset on the 25th anniversary of the assassination of Prime Minister Yitzchak Rabin when he mentioned the threats that have been made against him in recent days.

“Twenty-five years after the murder of Rabin, there is incitement to assassinate the prime minister and his family, and almost nobody says anything,” Netanyahu told the plenum on Thursday.

“We must not accept incitement on any side, toward any community. Not toward Jews, not toward Arabs, not toward leaders.

“We must all condemn the destructive effects of incitement and strongly condemn the actual manifestations of political violence from any camp. A burst of gunfire in a city square was not and will not be a substitute for a ballot box,” Netanyahu said.

But the appeal for an end to incitement only provoked Netanyahu’s opponents on the left who have blamed him for participation in the wave of incitement that culminated in Rabin’s death.

The prime minister addressed the issue, saying that at the time he felt it his duty to express his opposition to the Oslo Accords, which had been agreed to by Rabin, but denied once again any part in the violence.

“I asserted my right to express a different position. It was not only my right, but also my duty,” Netanyahu said. “I vehemently opposed the calls of ‘traitor’ directed toward him but I thought he was wrong and mistaken in the direction he took. It was an error to make peace with the enemy.”

After the speech, Meretz MK Tamar Zandberg, who was ejected from the hall after persisting in heckling Netanyahu, tweeted: “It hurts to sit in the plenum in tears over Yitzhak Rabin, the way he was murdered, and to hear that for Netanyahu, actually he is the victim.”

Opposition leader Yair Lapid said that in the years since Rabin was killed, incitement has returned “from the same people.”

“The State of Israel is in one of the most difficult moments in its history. This is not just the pandemic. This is what is happening within us. The incitement is back. The same incitement, by the same people. The division, the rift, the tribalism — everything is here. Truth and lies are given equal status. Violence is legitimate. Hatred is a political tool. A failure of leadership,” Lapid said.