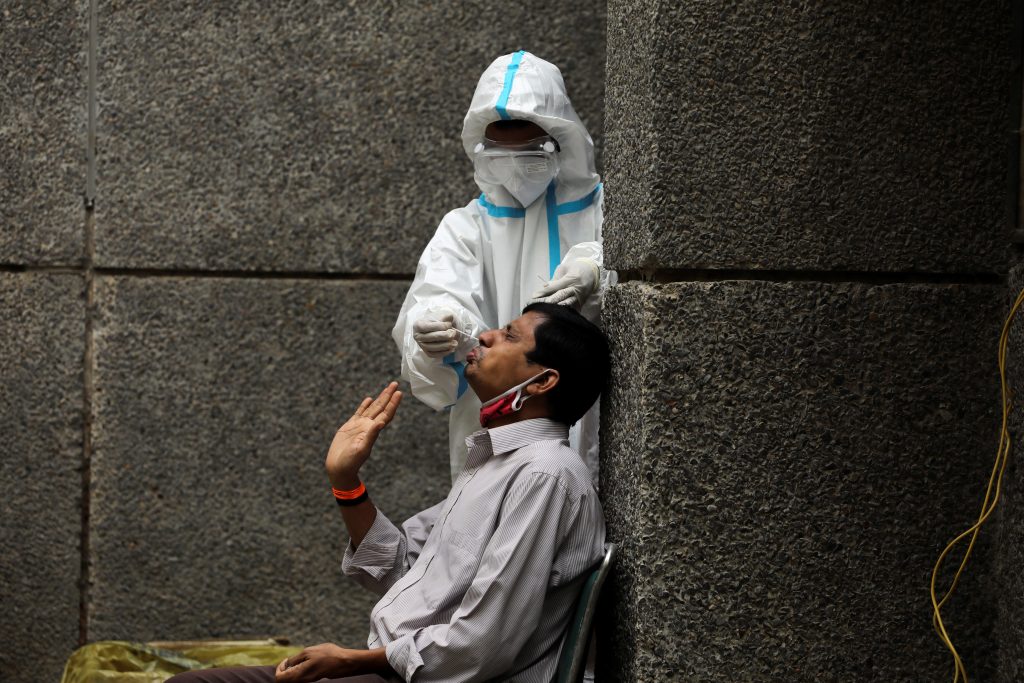 India’s confirmed coronavirus caseload surpassed 8 million on Thursday with daily infections dipping to the lowest level this week, as concerns grew over a Hindu festival season and winter setting in.

India’s trajectory is moving toward the worst-hit country, the United States, which has over 8.8 million cases.

Life in India is edging back to pre-virus levels with shops, businesses and subway trains reopening and the country’s third-largest state of Bihar with a population of about 122 million people holding elections.

But health experts warn that mask and distancing fatigue is setting in and can lead to a fresh wave of infections.

India saw a steep rise in cases in July and added more than 2 million in August and another 3 million in September. But it is seeing a slower pace of coronavirus spread since mid-September, when daily infections touched a record of 97,894 with the highest number of deaths at 1,275. According to the Health Ministry, more than 7.3 million Indians have recovered from COVID-19.

Dr. T. Jacob John, a retired virologist, said that in most parts of India the infection curve was never flattened and the number of people who are now susceptible to the virus had decreased.

He warned that the ongoing festival season was likely to increase the speed of the viral spread, resulting in localized outbreaks where people gathered without masks and didn’t adhere to social distancing.

Even as new cases are on a decline nationwide, the Indian capital appears to be heading toward another surge in infections. It reported its worst day with 4,853 cases on Wednesday, after falling to less than 1,000 new cases per day last month.

”I am shocked, but not surprised,” said Arvind Kumar, a New Delhi doctor. “There seems to be a sense of complacency in adhering to mask and distancing norms.”

Kumar warned that the rising air pollution during winter months in the capital could have “a deleterious effect on the incidence [of virus] and the mortality rate.”

Winters have become a time of health woes in New Delhi, with a toxic haze obscuring the sky and blocking sunlight. Pollution levels soar to severe levels, which worsen respiratory illnesses.

“In drier air, those droplets tend to be smaller and can linger in the air,” Jha said.

India, with a population of 1.4 billion, aims to provide a coronavirus vaccine to 250 million people by July 2021. The government said it was planning to receive 450 million to 500 million vaccine doses and would ensure “equitable access.”