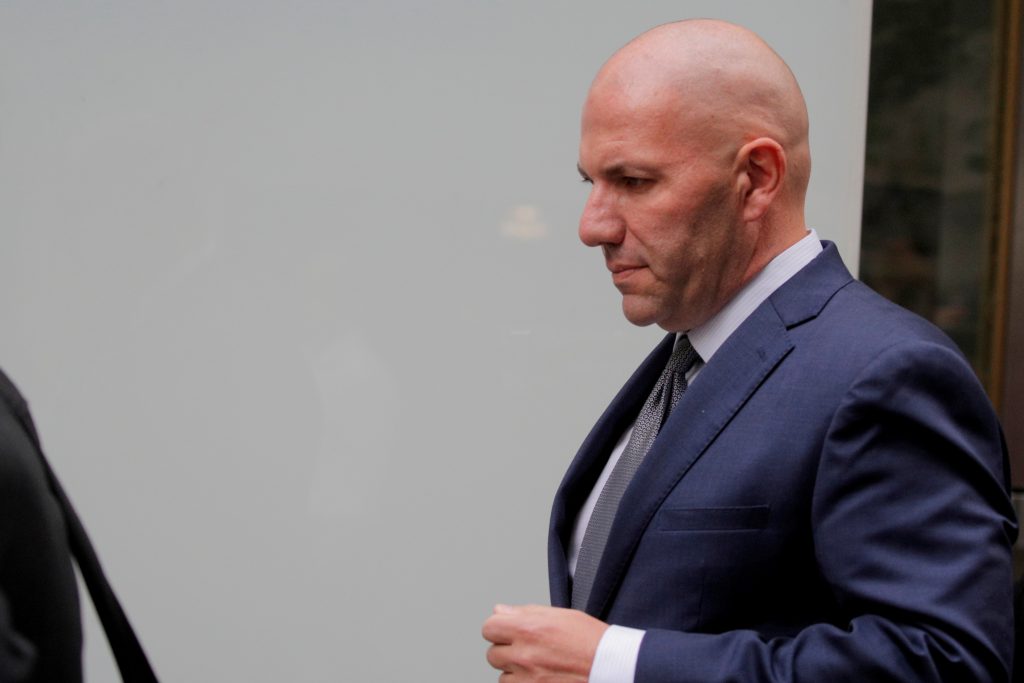 David Correia, a business partner of onetime Giuliani associate Lev Parnas, is scheduled for a change-of-plea hearing beginning at 10:30 a.m. EDT in the District Court in Manhattan.

Such a hearing signals a guilty plea from a defendant who, like Correia, previously pleaded not guilty.

Giuliani has not been charged and has denied wrongdoing.

Prosecutors charged Correia and Parnas with conspiring to defraud victims into investing more than $2 million in their insurance company, Fraud Guarantee, only to then withdraw much of it for family or personal use, including political donations.

Correia was also charged with making false statements to the Federal Election Commission concerning campaign donations, and scheming to channel donations to U.S. politicians from a Russian businessman to support a legal marijuana business.

The Ukraine-born Parnas and another former Giuliani associate, Belarus-born Igor Fruman, were also charged in the marijuana scheme, as was the fourth defendant, Ukraine-born Andrei Kukushkin.

All four defendants are U.S. citizens.

The New York Times said Correia is expected to admit to duping Fraud Guarantee investors and making a false statement to the FEC, and is not expected to cooperate with prosecutors investigating Giuliani’s dealings with Ukraine.

Giuliani, who is also a former New York City mayor, told Reuters last October he was paid $500,000 for work he did for Fraud Guarantee.