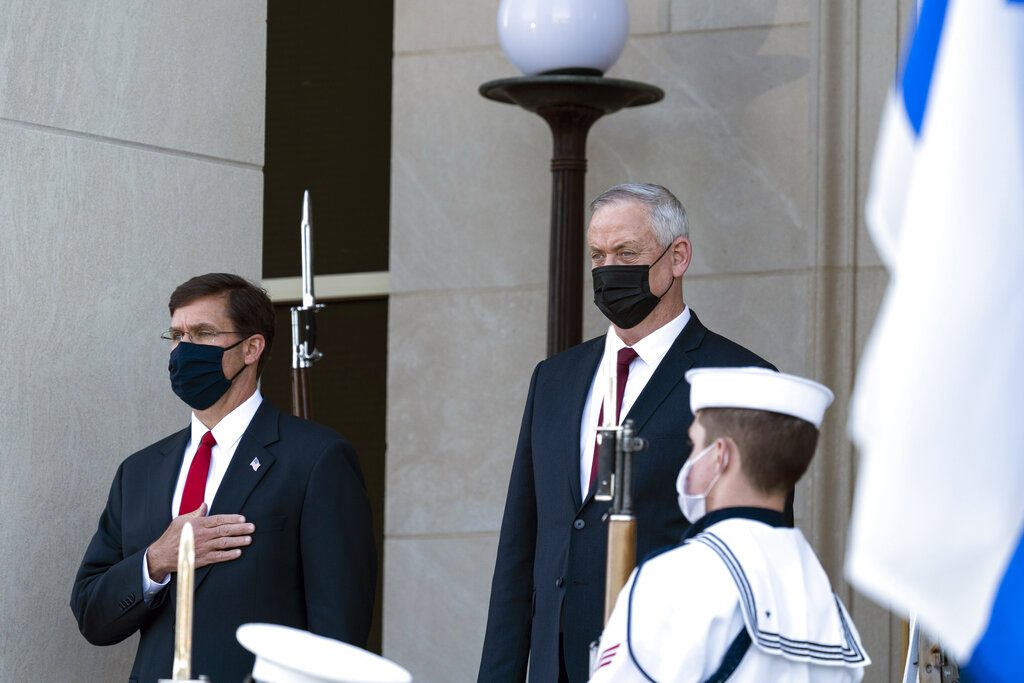 U.S. Defense Secretary Mark Esper is set to visit Israel on Thursday to meet his Israeli counterpart Benny Gantz and other high-ranking officials.

The visit comes amid the controversy over the U.S. plan to sell advanced F-35 stealth fighter jets to the United Arab Emirates.

Esper was in India together with Secretary of State Mike Pompeo earlier this week.

Israel has long objected to the sales of the advanced F-35 jets to the Gulf states but eventually dropped its protests against the deal in a joint statement by Gantz and Prime Minister Binyamin Netanyahu.

Gantz also accused Netanyahu of keeping the arrangement secret from the Israeli defense establishment, a charge that Netanyahu rejects.

The U.S. vowed to bolster Israel’s defensive capabilities, with reports this week saying that Israel may get direct access to a classified U.S. satellite system.

The reports quoted Israeli sources as saying that Israel will be able to use the U.S. Space-Based Infrared System – a satellite surveillance grid designed to spot missile launches.