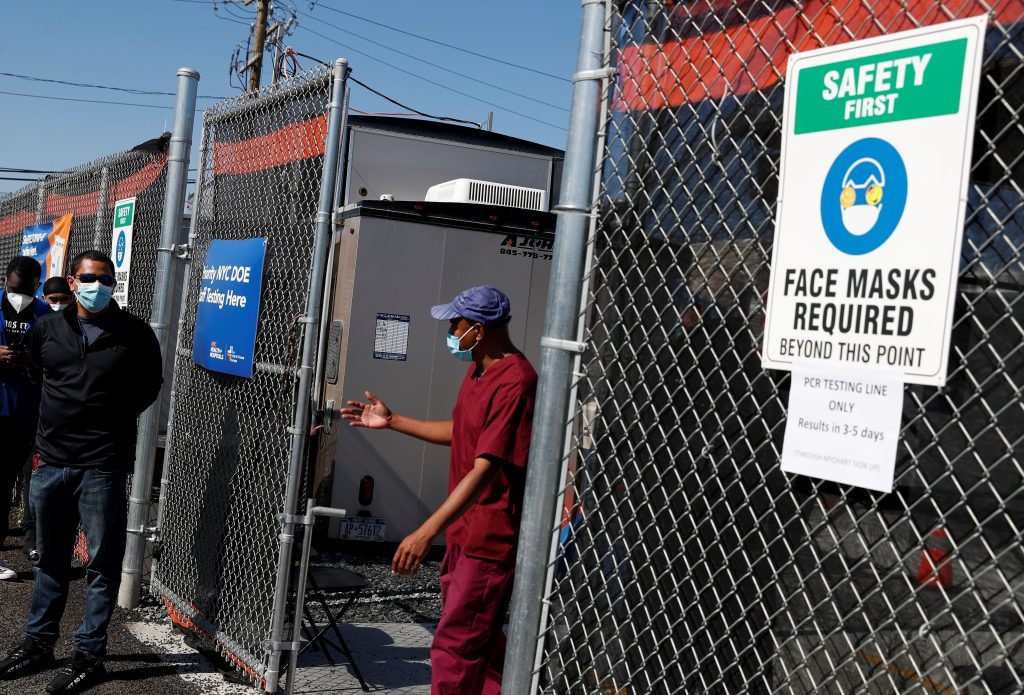 New York Governor Andrew M. Cuomo announced on Wednesday that the “Red Zone” micro-cluster focus area in Orange County has met the metrics required to shift to an “Orange Warning Zone.” Orange County’s micro-cluster zone positivity rate has dropped from 12% to 2% in three weeks and the rate of new daily hospital admissions has flattened.

The governor also announced that counties, via their local departments of health, will now be allowed to require that mask mandates be extended at all times in both public and private schools under their jurisdictions.

“In terms of adjustments of the micro-clusters, Orange County has made very good progress,” Cuomo said. “In Orange County we’re going to change the red zone to an orange zone. In Orange County, the red zone was at 12% three weeks ago. It’s now 2%, so that’s obviously dramatic progress. And the hospitalization number is flat. The red zone will go to orange and the yellow zone will stay yellow. There has been progress in other areas in micro-clusters, but nothing at this point that would cause us to change any classifications this week. We’ll watch it over the next week for possible alterations. Nationwide, our positivity rate is now the second lowest in the United States of America. We’ve actually made progress nationwide. We are 1.3% and in the Johns Hopkins nationwide state survey we are number 2 from the bottom, second lowest rate in the nation. G-d bless New Yorkers. But let’s stay vigilant because as we are seeing with the surges around the country, this thing is not over.”