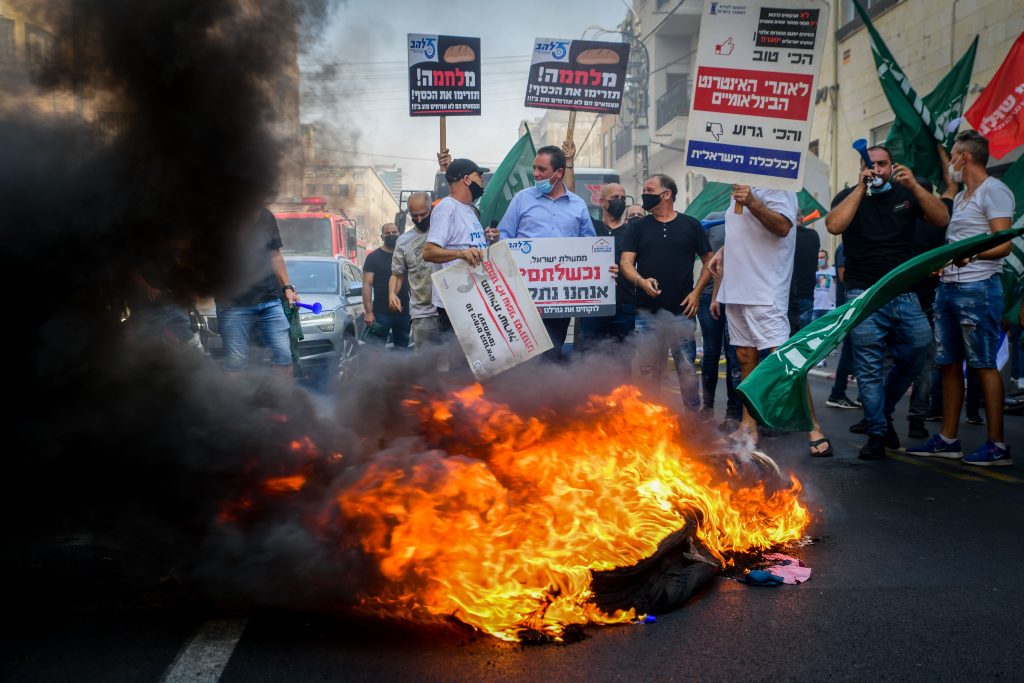 The coronavirus cabinet will probably delay the reopening of shops for another week, while schools and some other businesses will be allowed to return, according to media reports on Thursday night.

The ministerial lines of conflict were reportedly much the same as before, with the Finance Ministry pushing for a faster lifting of the lockdown while the Health Ministry urged a go-slow approach, lest the gains of the past few weeks be lost in a third wave of infections.

Finance Minister Yisrael Katz tweeted that the Health Ministry is “carrying out an expensive campaign on the backs of small entrepreneurs, who opened businesses with their own hands and are now on the verge of collapse.”

In a broadcast speech before the meeting, Prime Minister Binyamin Netanyahu‏‏ would only say that “we’re making every effort to carefully open businesses.

He promised that he would be tough about imposing lockdowns again, if necessary. “If this city or another has an increase in infection, I will recommend to lock it down – it does not matter which city it is,” Netanyahu said.

He also said that the coronavirus will remain “here” until a vaccine is developed, and maybe even after that. According to recent reports, Israel is about to begin human trials of its own vaccine, at the same time it works intensively to secure access to vaccines that are hoped to come into production in other countries by early 2021.

Meanwhile, it was a question how long the anguish of Israel’s small business owners could be prolonged.

Katz maintained that street shops had to open immediately because otherwise they are going to close forever. But Health Minister Yuli Edelstein said being careful means “not taking big bites.”

“We already see in recent days that opening up a minimal amount has an impact,” the health minister warned at the cabinet meeting. “Opening the economy rashly is the beginning of the next closure. Whoever pushes to exit quickly is operating out of populism, and in the end, will harm the businesses he claims to speak for.”

At a protest on Thursday, one store owner, who was filmed by Channel 12, told the government that business owners were in despair.