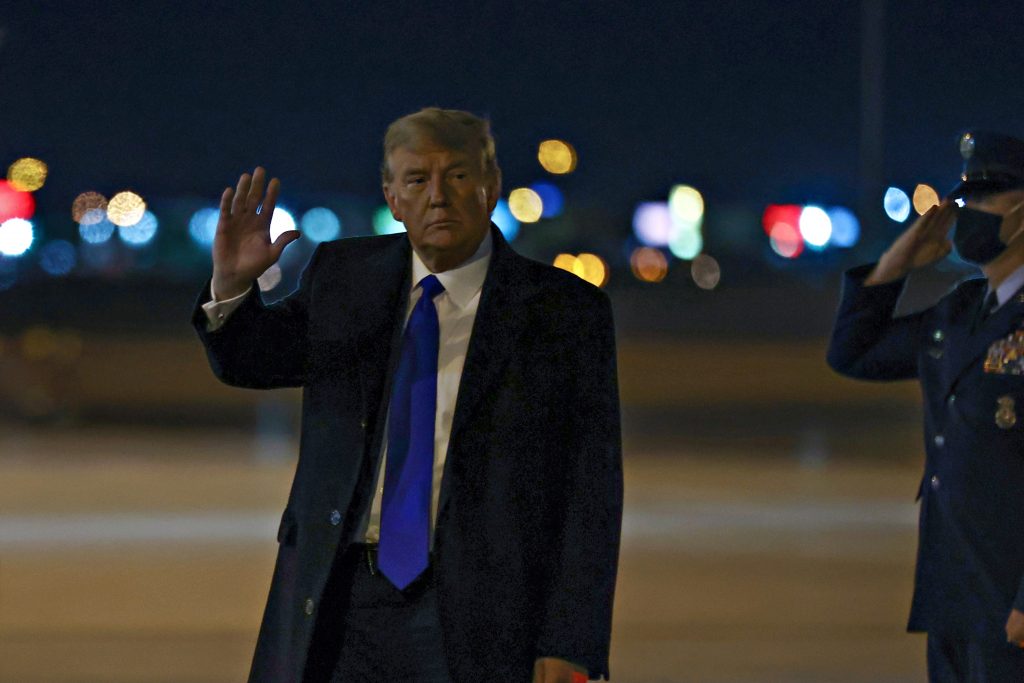 Biden, who has repeatedly criticized Trump for failing to contain the coronavirus pandemic, will receive a briefing from public health experts and deliver a speech near his home in Delaware on his plans to combat COVID-19 and protect Americans with pre-existing health conditions, his campaign said.

Biden still leads Trump comfortably in national opinion polls in a race dominated by the pandemic, which has caused more than 225,000 U.S. deaths, cost millions more their jobs and spurred a rush to vote early by many Americans looking to avoid health risks from exposure. The race is tighter in several battleground states where the election might be decided.

More than 70 million people have cast early in-person and mail ballots, according to data compiled by the U.S. Elections Project at the University of Florida. That is a record-setting pace and more than half of the total 2016 turnout.

The huge volume of mail ballots – more than 46.8 million have already been cast – could take days or weeks to tally, experts say, meaning a winner might not be declared the night of Nov. 3, when polls close.

Trump, who has repeatedly criticized mail-in voting as prone to fraud even though experts say that is rare, questioned the integrity of the process on Tuesday and said it would be “inappropriate” to take extra time to count mail ballots.

“It would be very, very proper and very nice if a winner were declared on Nov. 3, instead of counting ballots for two weeks, which is totally inappropriate and I don’t believe that that’s by our laws,” Trump told reporters.

Arizona has emerged as a top battleground in the White House race after Trump won it by 3.5 percentage points over Democrat Hillary Clinton in 2016. A Reuters/Ipsos poll taken from Oct. 14-21 found Biden with a 3-point edge on Trump, within the survey’s credibility interval.

A Biden win in Arizona, which has 11 electoral votes, would be the first for a Democratic presidential candidate in the state since Bill Clinton carried it in 1996.

After staying overnight in Las Vegas, Nevada, Trump will hold airport rallies in Bullhead City, Arizona, in the state’s northwestern corner near Nevada, and in Goodyear, outside Phoenix, the state’s biggest city.

On Tuesday, Trump raced across three states – Michigan, Wisconsin and Nebraska – and Biden made two campaign stops in the emerging battleground of Georgia.

Biden has made what he calls Trump‘s mishandling of the coronavirus pandemic his principle theme in the closing weeks of the campaign, including criticisms that Trump played down the threat, failed to listen to his health experts and never developed a plan to contain it.

Polls show Americans trust Biden more than Trump to contain the virus, and record numbers of new U.S. COVID-19 cases in recent days have given Biden repeated opportunities to remind voters of the Trump administration’s mismanagement of the pandemic.

Biden also has used the pandemic to remind voters of Trump‘s efforts to dismantle the Affordable Care Act and its protections for people with pre-existing medical conditions. Health care is another issue that polls have found Americans trust Biden more than Trump to handle.