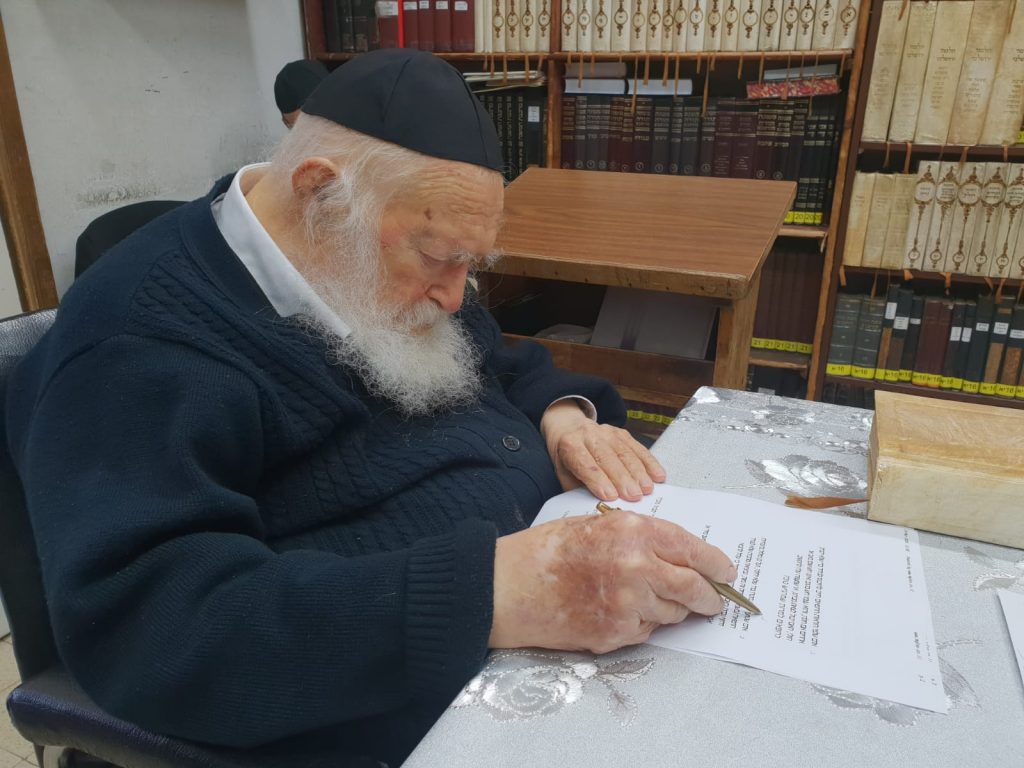 The Prime Minister inquired after the well-being of Rav Kanievsky, who is recovering from the coronavirus, and said, “The entire nation prayed, and is still praying, for the well-being of the Rabbi as an admired leader and a figure devoted entirely to Torah,” according to a statement issued by the PMO.

Rabbi Yaakov Kanievsky updated the Prime Minister that his grandfather’s position is that, “Torah and its study are a supreme value and safeguard the entire people, but on the condition that is studied while very strictly adhering to the rules of caution; the directives must be strictly adhered to without any easing of the rules of safeguarding and caution.”

Prime Minister Netanyahu expressed his appreciation for the chareidi local councils that have become green cities and stressed that, “In a comprehensive partnership, with responsibility and dialogue, we will maintain what has been achieved with hard work and we will lead Israel to being a green and safe country.”